What's The " The Bigger-The-Better" Productivity Destroying Monster That We All Want At Least One Of In Our Homes?

Did that sentence above make sense? I've read it over and tweaked it a couple of times. If this version makes you concentrate to understand it, you should have seen the first version.

Short answer: The television, of course.

With TV, bigger IS better. I've got a 65 inch flat screen in my living room, and it's AWESOME!

What Are Your Viewing Habits?

If you're like me, you watch waaaay too much TV. Here's an example from my own life. I normally start watching at around 3-5 in the afternoon, and quit at around 11 p.m. Sure, I do stuff while the TV is on, but the amount of time I spend glued to the couch with the remote in my hand should make me wonder if I'm an antisocial moron.

And I'm not alone. Check out the following screen shot.

That's just about everybody, right?

OK, so everyone's got a TV. Or more than one. Personally, I have three, plus two that aren't hooked up. Maybe I should be embarrassed and hook up those two that aren't.

(What a great device for keeping kids entertained, though. How do people without a TV ever get any time to themselves if they have young children?)

I'm sure I'm right there with the average, or maybe I'm above average.

Aren't we told that if we spend 2-4 hours a day working on our businesses that we'll be successful?

So it's simple, right? Stop watching TV and get busy with the writing and the training. It's a no-brainer!

According to the above Wikipedia definition, addiction consists of three things.

I would venture to say that watching 4 hours of TV a day might qualify as an addiction for some of us.

Especially if we watch old reruns of The Andy Griffith Show or I Love Lucy because we don't want to turn the thing off.

I'll have to ask that guy in the mirror it he's an addict.

It's A Matter Of Priorities.

We do what we most want to do at any given time.

Take the time to analyze your day, and how much watching TV impacts that day, and your priorities. Choose how to use your time accordingly.

Thanks for reading. Leave me a comment and we'll open a discussion on the subject.

Write something…
Recent messages
Twack Premium
Though having what could loosely be described as an 'addictive' personality, TV is not one of them.
Over the last four weeks I haven't watched more than an hour.
I am mindful that 'time' is one commodity that can never be 'topped up'.
With that in mind, I am not prepared to squander it.
It is a shame, as my Motortrend subscription is falling by the wayside.
Like most things in life, it comes down to 'choice'.
Great post Grant, thank you.

Reply Like Like You like this
gjshawk Premium
@Twack
You're welcome. Nice to hear from you again. I would like to say that I only watched an hour a week, but can't. Some things are worth watching, to get an idea of what's going on in the world, but when I watch one news show and get info from that, and then the show that follows repeats the same things again, but with a different host, it's like getting immediate reruns.

But that doesn't stop me from watching TV. I watch TV on my laptop.

I used to watch a lot each day until a few years back I experimented with stopping completely. It was eye-opening as I realized that I got so many other things done, both chores and fun things I wanted to try out or learn.

After that, I made a conscious decision to cut it right down. I have some days where I watch NO TV at all. And the days when I do, no more than 2 hours, I aim for only 1 hour.

Reply Like Like You like this
gjshawk Premium
@42Louise
Great comment, Louise. One of my small issues is that my wife and I got this great 65 inch smart TV last year and now we feel obligated to watch it. Does that even make sense?
Grant

Have a lovely weekend.

Reply Like Like You like this
Isaiah14 Premium
TV is NOT what it used to be like it was back in the day when we had just a few stations, decent weeknight sitcoms, Saturday morning cartoons, sports on Sundays and Sunday night movies. Now there're about five thousand channels that I can't keep track of. I only pay for Sling and Netflix, and I barely even use them - except occasional sports on the weekend and good documentaries.

I spent most of this lockdown reading, audible books or good podcasts. 👍

Reply Like Like You like this
gjshawk Premium
@Isaiah14
Hi, Isaiah. I've got to start listening to podcasts. My oldest son does, and he's sounding more and more educated every day. I guess it's true that what you take in determines what you put out.
Grant

Reply Like Like You like this
cbmercado Premium
I will admit that I have been watching a lot of TV for the past few months as I have been trapped at home because of the quarantine and now the protests destroying our cities. I usually watch cable news in the late afternoon until the evening. I work on my websites at night from 4-8 hours a night. I don’t think me watching TV is reducing my productivity at all.

Reply Like Like You like this
gjshawk Premium
@cbmercado
I wish I could say that, but I can't. I can change though. It's like the old joke, "How many psychiatrists does it take to change a light bulb?" "Just one, but the light bulb has got to WANT to change."
Grant

Reply Like Like You like this
gjshawk Premium
@HildeRegine
Good for you! I don't know if I'm addicted or if I just have a bad habit. I do watch way too much though.
Grant

Reply Like Like You like this
HildeRegine Premium Plus
@gjshawk
I think it is more of a bad habit. I am glad my parents always taught me how a time waster TV was. 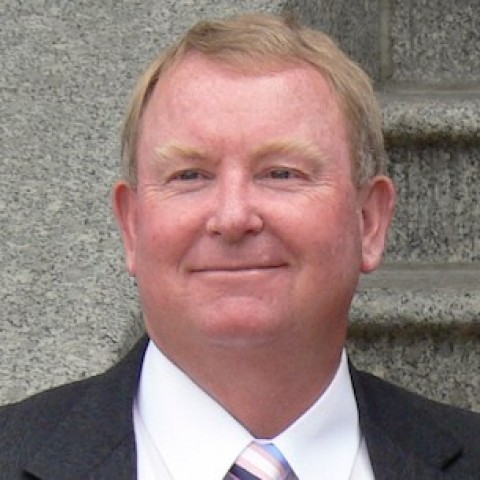