Leave Give It A Go a Message

Do You Need To Add Your Credit Card To Google Adwords?

This is a question I had which had been preventing me from continuing to create my Google Adwords account for quite some time.

Being a complete Newbie to all of the products Google have created to help with building an online business, I just didn't know what to do when I opened an account and I was immediately led to set up an ad campaign. All I wanted was to be able to use the keyword planner tool as a comparison with Jaaxy and because it has been brought up so many times in Wealthy Affiliate training or the community posts. It looked so easy, just go to Google Adwords, click on tools and choose the keyword planner from the drop down box.

Imagine my feelings of frustration when first, I had to create an account to use it, and then I was forced into creating an ad campaign. Google Adwords won't let you just open an account, you have to create a campaign. I wasn't ready to do that yet, but I went through the process until I got to the part where it asked me how much I wanted to pay for each person that clicked on my ad. I tried to go back to see if I had missed something, but I couldn't get back out of this part of the account creation. Even logging out and trying to log back in, it still took me to the same page that I had tried to leave. I was literally stuck there, unable to move forward or backwards. I left it in the hopes that I would find an answer when I was ready.

The next time I tried to complete my account creation some months later, I went a little bit further through the ad creation and was hoping to find an option to cancel the campaign. Because you have to put an amount in the section of how much you wanted to pay, I chose a small amount for now, something like 10c. I then went through and pulled a few keywords off the top of my head and continued on until I hit the next little snag. Now they wanted my credit card details. I got frightened off again and logged out, I didn't want to be getting charged for placing an ad before I had even had a chance to actually use the keyword planner, and i still wasn't ready to run an ad campaign. It seemed really backwards to me to create an account using keywords before you could even access the keyword planner to find some keywords to use in it.

I needed help but Google being Google, doesn't seem to have an easy way to contact them to ask them for more information. You have to try to dig for the information yourself in forums. Dear Google, this would be a good question for an FAQ section to help poor souls like myself. So, I left it again for months before attempting to finalise my account. After all this time my account still was stuck on this part of creating my account. I somehow managed to find an answer that I could understand and I want to share it with you because I'm sure many of you might be, or will become, as frustrated as I was.

The important thing here is that you really CAN'T create an account without going through this process and even to the point of giving them your credit card details. You must do it from start to finish but the good thing is that you can PAUSE the campaign once you get the end and finally have access to your back office. It's as simple as going to the Ads tab once you are in your account, selecting the campaign and changing the status to pause. Now you can happily access the keyword planner and when you are ready to run an ad campaign, you have editing options for the one you paused, so you can change keywords and the amount of money you want to spend as you like.

I hope this comes in useful to other WA members who have faced or are about to face the challenges of Google Adwords.

Just wanted to pop back in and let everyone know that Google Adwords place a small charge on your credit card to verify your account and then refund it immediately. Thought I'd better let you know this so you don't get a big fright when you see a charge. It's very minor, but still a shock.

Thank you for reading

Write something…
Recent messages
Sylvain34 Premium
Hi there, i finally found someone who can help me to figure out a way to understand this. I red all your post and i was in the exact same position as yours. I was stuck and today, i'm still stuck at this stage you were at.

Everything went fine on your side now? Can you use the Keyword planner ?

i'm going to try to finish everything right now ;-)
I will keep you informed

Reply Like Like You like this
Give It A Go Premium
@Sylvain34
Hi Silvain
I am so sorry I didn't respond to your question yet! Unfortunately that was as far as I got with it. I had to take a break from WA for a few months due to my Carer duties increasing again. It happens frequently, sometimes it's only a short time I have to be away, other times it is much longer. I am not fully back into the swing of everything yet. Because of this I haven't gone back to try to use the keyword tool but it did accept my account. How are you going? Did your situation get fixed? I hope so.
Ange

Reply Like Like You like this
Give It A Go Premium
@Sylvain34
I'm glad to hear that. It's such a relief when you get answers isn't it?

Reply Like Like You like this
Give It A Go Premium
@Chezbrown
Hi Cheryl
Thank you for asking. That was what I was hoping for myself, I wouldn't have minded that. But alas, there is no option (not that I could see) to use PayPal so unfortunately you have to hand over your credit card details.
Ange 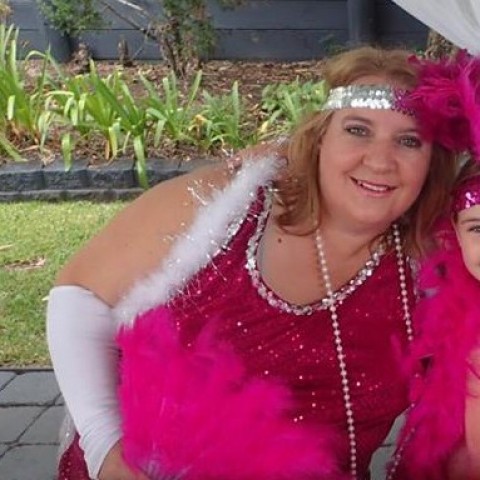 Give It A Go
Premium

5Years
View Give It A Go Profile
Follow give-it-a-go
Give It A Go's Posts
14 posts
View all
What is Wealthy Affiliate For - ...
9 comments 7 likes
How To Write An eBook - Is What ...
11 comments 11 likes
Top 200 Badge
11 comments 6 likes
Bookmarking Within Wealthy Affil...
16 comments 9 likes
Do You Need To Add Your Credit C...
10 comments 6 likes
My Very First Affiliate Sale
144 comments 82 likes
Feeling Proud
16 comments 14 likes
Feeling Just A Little Frustrated...
22 comments 13 likes
Black Friday Was Certainly Speci...
9 comments 5 likes
I'm Back From My Cruise and Stru...
11 comments 9 likes
Hold Tight!