Here's a short list of Mythical Creatures with a brief definition

1. Basilisk: a serpent said to kill by breathing on or looking at its victims

2. Centaur: half human, half horse

3. Cerberus: a dog with many heads that guards the entrance of the underworld

7. Griffin: half eagle, half lion

8. Harpy: a creature with the head of a woman and the body, wings, and claws of a bird

9. Hippocampus: a creature with the tail of a dolphin and the head and forequarters of a horse

10. Hippogriff: a creature with the wings, head, and claws of a griffin but the hindquarters of a horse

11. Pegasus: a winged horse that can fly

13. Unicorn: horse with a horn

14. Wyvern: a winged dragon with a serpent tail

Well what can I say, I had to break up the monotheism a little ;)

Write something…
Recent messages
MKearns Premium
Maybe we can adapt underwater and be saved by the missing mermaids Garland!

Reply Like Like You like this
loriC1 Premium
I agree with #15, humans do tend to destroy the beauty that surrounds them. Forests, wildlife, and the very air that we breathe.

Reply Like Like You like this
garland1 Premium
@loriC1
Thank you for the reply, just wish more people would realize this and stop taking what we have for granted.
Garland 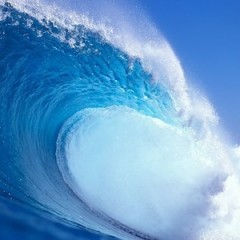