Course 2 Complete! My experience so far.

Hello everyone! How are you doing?

So, this past weekend I completed Course 2 and I'm now headed for Course 3! Let's hope I can start monetizing my site soon, because E3 is approaching and it should be a good time to experience a small traffic increase and capitalize on that...

It's been around two months and a week since I started nintendokusou.com back in March and it has now grown a little bit. Even when tired, I'm still having fun!

I'm still really busy with it, since I have been publishing news posts about games every day now (around 8 per day).

I have also been contacting some PR teams and stuff like that so I have quicker access to game press releases and info. Marvelous even offered me a review copy of Lord of Magna so far! ^_^'
(Now I still need to find time to actually play and review the game... damn it!)

One thing I did notice is that I can't relly on keywords that much because I either make titles that make sense or I look for keywords to use.
I also noticed there is strong competition in this field and it's hard to stay ahead when working alone, yet I have managed to beat other big sites to the punch a few times! XD
Still not getting many reseanoble Google rankings though...

I also had someone tell me one of my articles was the best he had read about why a specific character should be in a certain game. I was overjoyed to hear that because it took me a whole week to produce that content!

One problem I have been facing so far is the lack of comments!
I know there are only a few people visiting the site, although I don't really know how many because I still don't have access to statistics...
The thing is, they aren't leaving any comments, even when I ask for them to discuss things! I'm only getting a few spam comments now and then... ~_~'

Otherwise, I'm doing ok. I have a loyal follower or two on G+ who +1's half my posts regularly and I have achieved around 70 followers on Twitter so far, although I doubt even half of them read my stuff... Facebook is mostly dead so far.
Also made a few new friends to talk and play with online!

Now I wanted to share some stuff I made for the site and some plugins I'm using.

I have started using BackWPup to backup the site to Dropbox, however I suspect I might be short on space in a few weeks time...
(If you want to help me with that, sign up to it using the link on my site please! You will even get those extra 500Mb while helping me out! Shameless of me to ask, I know...)

I also started using Comments Evolved for Wordpress and Subscribe to Comments Reloaded as a way to improve my comments section. Together, they let people comment using Wordpress, Disqus, Facebook or Google+ and they can choose to receive notifications when a specific post gets a new comment or they receive a reply to their previous comments.

I also made a contact form for the Contacts page using Contact Form 7 so people can leave me messages or feedback more easily.

I even made a Release Calendar with game release dates using TablePress. One person told me it was one of the most complete calendars he had seen... (I'm glad because it always takes some time to update)

Finally, I'm using WP Super Cache to speed up page load times and Shortn.It for shorter links to use on social media and the like. I'm using Social Media Feather for social sharing icons but I'm still looking into a few others to see if there is one I like better.

One thing I did notice is that some people on WA have told me my post slider isn't working correctly for them sometimes.
I don't know if they are not letting the images load before talking, or if they are doing it from a mobile device, where it's definitely going to be slower...
Overall, I have noticed no problems myself, even when testing or emulating different devices and resolutions!?
Sometimes the post slider images might take a second or two to load, but that's something to do with the Theme that I still don't know if I can change... (the theme is Courage by ThemeZee)
I'm not too worried about it, because most of us gamers have good PCs and are used to slow loading times on big news sites and according to my testing, my site still manages to load faster than most other big gaming sites! (It takes between 4 to 5 secs on average)

By the way, I was wondering if there is a good way to automatically optimize image files?
I like running them through a compressor to reduce sizes a little bit, specially PNG files, but it gets kind of anoying and difficult to do when you are working under pressure and need to edit a lot of images regularly... o.0'

I also need a way to optimize and minify HTML, CSS and Javascript!?

If you have other optimization recommendations I'm all ears! ^_~'

I also wanted to leave these resource pages here:

- GTmetrix - great site to measure your site statistics and get some optimization tips.

- MobileTest.me - to test your site in different mobile devices.

- Screenfly - to test your site in different screen resolutions.

- makeagif - cool site to make some gifs out of Youtube videos, for example. I used this extensively to illustrate one of my articles.

- Tweeps Map - This app creates a map with a distribution of your Twitter followers throughout the world. (Funny enough, I have at least one follower from Bangladesh!)

Sometime later this week I will hopefully begin Course 3 and the monetization process.
I wanna try to get it done by June 14, because E3 starts that week and I'm expecting the site to get just a little bit more attention... but we will see...
I have also been wondering if making a Patreon for this would be a good idea because it sure looks like it!? I still need to think about what would be good "rewards" though.

Well, that's all I have to say and can remember right now.
Sorry for the huge wall of text, I'm pretty sure you are all bored by now! >_<'

See you around my WA friends!
Stay strong and don't give up. Success awaits you on the other side of the screen! ^_^'

Write something…
Recent messages
ShirleyWoon Premium
Wow, I haven't the foggiest what all that was about. But then I've always been stumped by the Geek Jargon. I'm impressed just the same. Blessings...
Shirley

Reply Like Like You like this
EduCard Premium
@ShirleyWoon
Sorry for the incomprehensible wall of text Shirley! This is what happens when I don't blog for a long time and have a lot on my mind...
At least I have you to thank for reading my stuff. Many thanks!
(Now that think about it, I did exaggerate a little bit in the amount of info...)

Reply Like Like You like this
ShirleyWoon Premium
@EduCard
It is fine dear. I'm the one with the problem. I have no geek talk. I've sent you to facebook and maybe someone will need to see this. As I said, I'm impressed just the same.....
Shirley 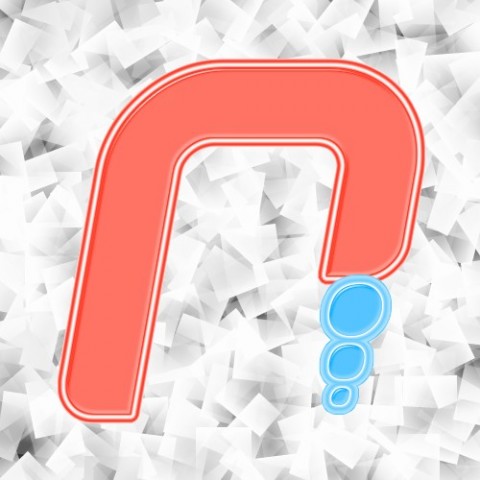