How To Make A Million Dollars In One Year?!

How To Make A Million Dollars In One Year?!

They say that time flies when you're having fun. The past year at WA has definitely been 'fun' - just not in the traditional sense. :)

When I first joined WA, I was fed up with bouncing around from various 9 to 5s year after year. As the cliche goes, I was tired of helping fulfill someone else's dreams in exchange for my time and overall well-being.

I decided it was time to figure out a way to avoid repeating the same cycle. After a few hours of searching Google, I stumbled upon a site (from a fellow WA member, thanks Stephen!) and decided to sign up for the free membership.

Why Did I Decide To Roll The Dice?

I'll admit, at first, I was pretty skeptical. There was a certain level of authenticity during the free training course that made it seem like this was the place to be. There weren't any bold claims like "Become A Millionaire In 30 Days!" (or anything else that would make most people leave immediately).

Although there weren't any clearly bogus claims, I still had the idea that it would somehow be much easier than this past year has proven to be. (I was dead wrong.)

Shortly after, I decided to sign up for the Premium Membership with absolutely ZERO knowledge about WordPress, building a website, SEO, Social Media, or running an online business. The opportunity was just too good to pass up on.

Lessons Learned Along The Way 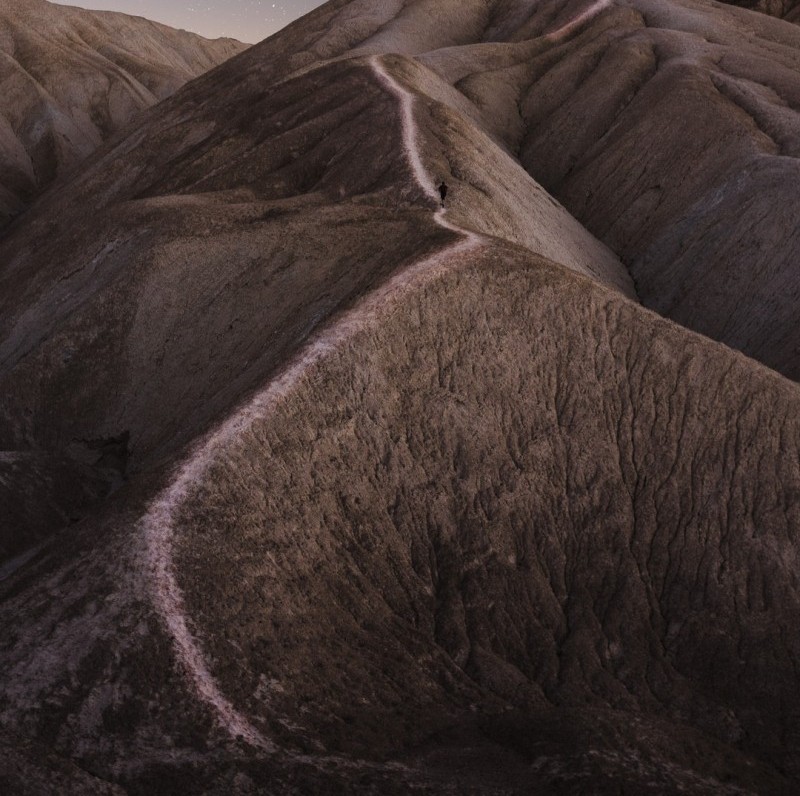 Throughout the past year, the amount of knowledge that I've been able to aquire via Live Trainings, help from fellow members, the Certification Courses, and YouTube videos is still pretty unbelievable.

If you had asked me (a year ago) what I thought I would be doing a year from then, I would've probably said something along the lines of "Trying to find a job that I don't dread going into everyday."

Most people would've laughed in my face if I said "Creating an online business!". (Then again, I would've probably laughed in my own face, so I don't blame them.)

Fast forward one full year and here I am. Still moving forward, trying to carve a path in the extremely competitive online world. After 5 or more theme changes, 122 published posts, and more hours than I can count spent working on this endeavor - I can still say that I made the right choice.

Am I Making A Full-Time Income Yet?

That being said, I still have a long way to go until I can say that I'm able to generate a full-time income. The funny thing is, I didn't join WA because I thought I could become rich overnight, or even within a full year. 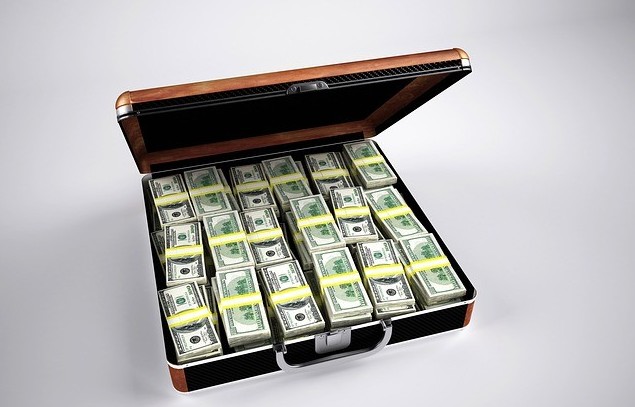 Don't get me wrong, we all need money to survive, but the main reason I joined was because I was tired of sitting back and letting life put me back on my heels. In the past, setting clear cut goals was always a weakness of mine (let alone following through on them).

Then, for some reason, I decided to try it out - after all, what did I have to lose if it didn't work out, right? Since I've taken the advice and started setting clear goals with a specific timeline, I've been able to dust off the keyboard and dramatically increase my level of productivity.

I once heard someone who owned their own business say "I'm my own boss and my worst employee". Taking the initiative to sit down, formulate a plan, then execute it can be pretty tough (especially on those days where you don't think it's humanly-possible to write 2,000+ words about a single subject).

The Small Things Add Up!

Little things like using a desk instead of sitting hunched over my laptop for hours on end have also made a huge difference. 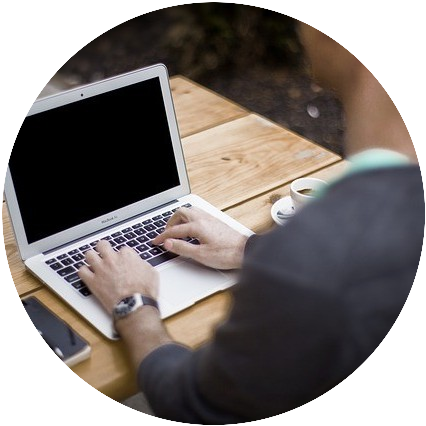 It's hard to really put my thoughts into words, but here's the bottom line:

The ability to learn from (and apply) the world-class training here has dramatically shifted multiple aspects of my life. You'll probably find that many of the principles we're taught here not only apply to the online world, but the offline world as well.

Things like goal setting, executing a plan, constantly seeking new information, and not being afraid to roll the dice (then adjusting as needed) have all positively impacted my personal life.

I'm definitely not the wisest or most knowledgable person (especially when it comes to running an online business) but I'm extremely grateful for everything I've been taught in the past year.

Before you get bored reading this post, I thought I would mention one last thing. Recently, I had the opportunity for my site to be featured in the Summer Hot Seat 2018 webinar. It was both a huge eye opener and an extra surge of motivation. 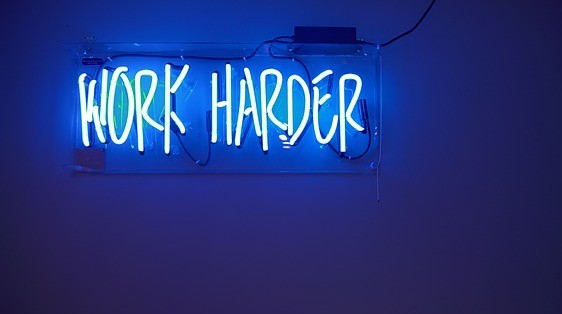 The Hot Seat webniars are a great place to see what you're doing wrong, and what you're doing right. As Jay mentions in most of them, your site doesn't have to be featured in order to apply the feedback he gives to others.

I ended up taking his advice and gave my site a complete rennovation. Once again, it might sound cliche, but I'm already starting to see positive results. This isn't to say that everything's perfect now - it's just another testament to the level of training we receive here!

Moving Forward Into The Next!

Anyways, I just wanted to share a piece of my experience from the past year at Wealthy Afiiliate. If nothing else, I hope you enjoyed reading some of my ramblings. :)

I want to thank Kyle, Carson, Jay, Stephen, and everyone else who's reached out and offered advice this past year!

Nope, I didn't become a millionaire in a single year, but I'm confident that the wealth of knowledge I've gained will pay dividends in the future! Here's to another even more productive year pursuing our online ventures!

Thanks for taking the time to make it to the end! I hope you enjoyed!

Write something…
Recent messages
SZev Premium
Great update Dom and thanks for the shout out! Sounds like you're well on your way to turning this into a nice income stream. All that hard work and persistence is starting to pay off bit by bit! Look forward to following more of your success! As always, reach out if you have any questions along the way. Best, Stephan

P.S., the amount you've learned and the progress you've made just in one year took me the equivalent of three years -- no joke! Fortunately, you didn't fall for any of those IM scams out there before coming to WA (I wish I could say the same thing)!

Things do seem to be on a positive track, as long as I keep working at it and continuing to pick up wisdom from other members/sources along the way!

I definitely feel grateful that I was able to avoid major scams before finding WA - (especially since it seems like a pretty common experience for many of the members here).

Thanks for keeping in touch and giving me advice along the way!

Reply Like Like You like this
GailLowe Premium
Great blog and I love your insight into the WA life. I'm a couple of months behind you but I feel the same way about WA. There's lots to learn but I don't regret it one little bit. I know you'll be successful so stick with it and I look forward to hearing more of your success.
All the very best
Gail

The amount of knowledge here is definitely pretty staggering. :)

I'm sure you'll start seeing more and more results yourself as time goes by!

I appreciate the words of encouragement, best of success to you as well!

or at least that's the thought that I am leaving with.

keep up the hard work

I think that keeping things in perspective and measuring your progress along the way is a lot better than looking at a specific monetary end goal.

It also probably depends on what keeps you motivated, but I find it helpful to celebrate the small successes so you don't get too overwhelmed!

Thanks for reading this update, glad you enjoyed it!

I have never heard of Summer Hot Seat before, is this a website or is it a forum which you sign up for to attend?

Have been here a little over a year, have not made any money, but right now that is not important.

My main goal is to figure out how everything works and continue to take notes and fix and improve on things as I go along.

I know I will make mistakes, but the important lesson I have learned in life is not to continue making the same ones!

Jay does a webinar called the 'Hot Seat' usually 4 times a year (one for each season).

If you go to the 'Live Events' section within WA, you can go back and watch all the past 'Hot Seat' webinars.

Before each one, they invite us to apply to have our sites featured. A few sites are selected (out of however many people apply) and are given live, personalized feedback from Jay.

I'll admit, it was pretty nerve-wracking, but definitely worth it! As long as you're sticking to the training, I'm sure the money will come. :)

I agree, making a ton of mistakes is an important part of the process, as long as you're not repeating the same ones you made at first (as you mentioned).

Thanks for the reply back and the info about Hot Seat!

Reply Like Like You like this
RobertDoyle Premium
This blog title caught my attention, as I am sure it will catch the attention of others too. Well done. You have come to a ways, and those steps of accomplishments along the way toward that million is encouraging. I think you've got the right idea--persistence.

That's definitely the point I was trying to get across - trial and error until you find something that works (or starts working)!

I'm glad the message wasn't totally lost in translation. :) I appreciate your comment, and I'm sure other members will as well! 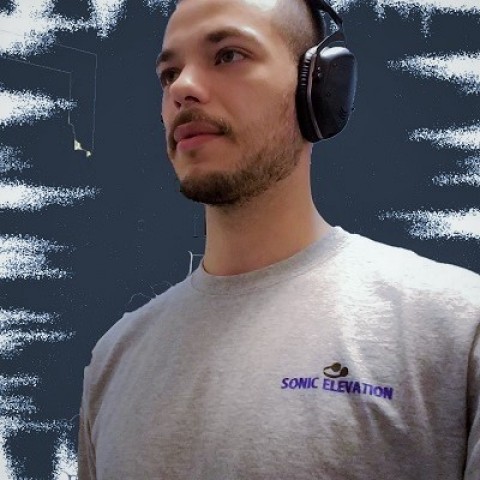