An undeniable fact of life, is that once we’ve worked most of our lives at a nine to five job, putting everything we have into being successful and getting recognition and promotions within the business that we are working for and devoted to, we notice a few unsettling things as we reach the “finish” line that is known as retirement.

We come to realize that when we retire, our health insurance will no longer be supplemented by our employer and if we want to keep it (if that’s even an option) it will cost far more than we realized or expected. This is fairly shocking since, when we were young and healthy, we had no real need for health insurance, but now that we’ve worn our bodies down with the rigors of work and everyday living, we really need to have some kind of coverage. There is always Medicare if you are 65 or older, but you are still responsible for the deductible, and the coverages depend on many factors such as your length of stay in the hospital and what your treatments were. If you retire earlier than age 65, as I plan on doing, (even though I’m still an old goat), it’s all on you.

The average American heading into retirement has just enough wealth to live on for a little more than three years, according to a study by the Center for Economic and Policy Research’s David Rosnick and Dean Baker. Three years! While somewhat self-aware, most people are in worse shape than they realize and even many people who are confident about their futures, find out that they should not be, and it’s too late.

Currently there are approximately 78 million baby boomers, on the verge of retirement, that are trying to catch up for lost time by saving a little more instead of spending more. Since they’ve taken the alarm far too late, they will need to make major cutbacks in their lifestyle in order to make ends meet. Most of us who are within ten years of retiring will probably be able to collect Social Security when we turn 62 years old, but some may have to forgo retirement until they are 67 so they can get the larger allotment, substantially shortening those “Golden Years.”

The smart folks have their homes fully paid off by the time they retire, but in 2011 the share of Americans 65 and older with mortgage debt rose to 30 percent, an increase from 22 percent in 2001, according to a May analysis by the Consumer Financial Protection Bureau (CFPB). Loan balances also increased, with the median amount owed almost doubling, to $79,000 from $43,400, after adjusting for inflation.

Okay, so why all this doom and gloom? I really want those of you who are young to be thinking beyond the “now” and look to the future. Take full advantage of your company’s stock and retirement plans, and put the maximum amount that you can AND DON’T TOUCH IT! I’m not sure what to say to those of us in the older generation who haven’t prepared very well, but there are other options.

Technology has advanced just a bit!

We need to open our eyes to the fact that there are better options for making a living out there besides a “JOB” where you toil your life away and make someone else wealthy. Working from home has never been easier with the age of technology.

I have already retired once, from The Postal Service, and I’m working toward a second retirement in the Oil Field, but I’m one of those that I have been writing about. Part of my problem was two failed marriages where my retirement savings was depleted, and the other part of the problem was ignoring the elephant in the room that was my age. I decided to start exploring the possibilities of generating income via the internet, not having a clue how that all worked.

After beating my head (and my wallet) against the wall for 4 or 5 months, I was ready to give up, but then I found Wealthy Affiliate and I haven't looked back! All the tools are here for your success! It's not a get rich quick scheme, it's a work hard and fulfill your dreams scheme with all the training you need to start earning a good income from home in a niche that you love. What more could you ask for? I look forward to interacting with all you seasoned professionals and all you newbies as well. LETS DIG IN!!!

Write something…
Recent messages
Sui_generis Premium
You're not THAT old, Dennis. :-) Even though I haven't been digging in like I should have been, WA has helped pay the bills in my retirement years. It's a great way to supplement retirement income especially for those that are trying to live simply on social security. That is nearly impossible. It's important to put away money while you're working to prepare for retirement but I know so many that haven't done that. Fortunately, they still have a chance with WA. The potential is unlimited. ~Debbi 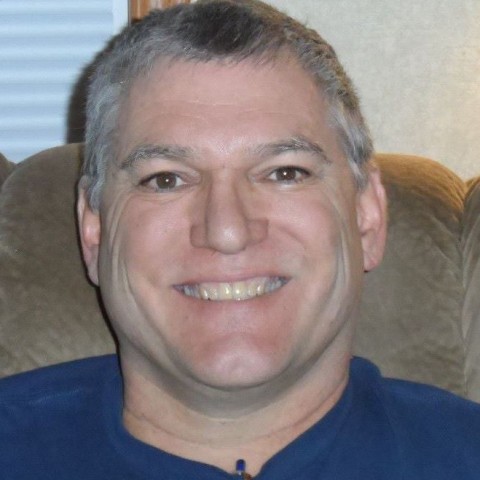