When I was a little boy my dad taught me a great many things and then he died on my twelfth birthday. The teaching abruptly stopped. But one of the most important lessons he taught me was the incredible importance and power in giving.

I learned that that giving is a universal principle of support. I think that a great many folks generally think in terms of monetary support and that is fine and perfectly normal. But if by giving monetarily you create dependence or other damage, not so fine.

My dad put it this way. If you give one, you get ten. Don't bother asking why. That's just the way the Universe works. He also told me not to give just to get. Just give because it's the right thing to do.

There are a ton of ways to work this magic and I will say that I have seen a ton of it here at Wealthy Affiliate. Many more givers here than I would ever have imagined. Makes me ponder on the source of WA's inspiration.

Have you ever noticed walking down a street how so many folks look like they were just force fed a bowl of ugly worms. So serious, almost scowling. So look 'em in the eye and give 'em a big fat smile. Whoa! What a response. Nearly everyone lights up like a firecraker. Wow! That's so neat. You just made their day. You just gave, big time. You told them they were special, and you might have had an impact on their life. And it was free!

This giving thing builds bridges, creates friendships, inspires us all to do and be better. It brings out the very best in each of us. It enriches the giver as well as the receiver. I think The Master Teacher said a lot on this subject. He said it better than I

Got to go .Sweettea has to go. Biting my ankles.

My best to you all,

Reply Like Like You like this
TheGrizzly Premium
Great post!
Giving is one of the worlds best kept secrets. The richest people in the world give 10% of their income to "Charities." They know how it works, if you want to get you have to give. That being said I seriously doubt that everyone is giving for the right reasons.

I personally enjoy giving most, when it was totally my idea and something I actually wanted to do. If I willingly give I have a totally different experience than if I give begrudgingly.

We can never be truly fulfilled in life until we seek to willingly give of ourselves to others. We each have something to give, and at times for what ever reason it may not always be easy, but it is always worth it in the end. We discover the capacity to become more than we are when strive to have genuine charity for others.

Thanks so much for sharing this with us today. May we always remember this important principle.
All the best to you and yours.
Warm Regards,
Evan

Reply Like Like You like this
dickw Premium
@TheGrizzly
Thanks Evan.You are very kind.
I couldn't have said better what you just said on the subject. If we could just get the word out. Actually I think a lot of us are. Rome was not built in a day....
Thanks,
Dick

Reply Like Like You like this
dickw Premium
@GeorgeEkman
Hi George,
Thank you kindly. That was a crazy Chinaman who created that little piece of wisdom. If we were to adopt that philosophy here and elsewhere, the world would be a great deal more peaceful, And that makes you a wise man to recognize that!
You want to meet wisdom, contact "freedom 1207" aka Heather. She is just above you.
Thanks again.....Dick

Reply Like Like You like this
freedom1207 Premium
Beautiful blog, Dick and nicely written. You are a good writer! I must have somehow known you were writing this message, as I just yesterday, finally wrote a new blog post for my website - giving of my gift. It's about gratitude. I know I'm grateful for this post, and all the loving and supportive people here at WA. Warmly, Heather

Reply Like Like You like this
dickw Premium
@freedom1207
Hi Heather,
Thank you so much. I was just thinking earlier today that I hadn't seen you in a bit. Then I figured you either went bear hunting or were busy working on your w/s.
Hope all is well. Looking forward to your next post.
My very best,
Dick 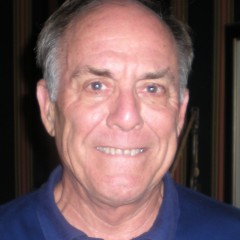