If a Christian is not willing to rise early and work late, to expend greater effort in diligent study and faithful work, that person will not change a generation. Fatigue is the price of leadership.

If leaders are to survive, they must view the difficult as common-place, the complex as normal.

Most Bible characters met with failure and survived. Even when the failure was immense, those who found leadership again refused to lie in the dust and bemoan their tragedy. In fact, their failure and repentance led to a greater conception of God’s grace. They came to know the God of the second, chance, and sometimes the third and fourth.

Write something…
Recent messages
jsmart Premium
To serve others is a honor and its reward is a fulfilled life. So many don't get it. BUT... The FATHER did say there will only be a remnant.
Continue to spread the word of truth my Friend.
Bless you,
James 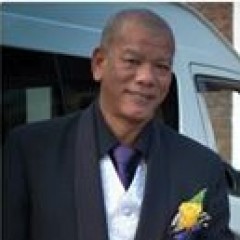