It's the inequality that's damaging and destroying many lives. The rich have grown so enormously wealthy it is almost beyond belief to many people, including myself.

Then there are the chronically homeless and unemployed. The social misfits and outcasts. The pariahs, despised and avoided. Those who are broken up and wasted inside. Mentally and emotionally shot. A dead spirit and shell of a person wandering aimlessly.

Forbes magazine, who keeps close watch on the ultra-wealthy and even does an annual poll, reported that as of May 2020 there were approximately 2,153 billionaires in the world.

That's a very small number of people who are truly wealthy, holding trillions of dollars amongst themselves and over three-quarters of the entire planet's wealth!

There used to be a time when one million U.S. dollars was worth a great deal of money. That time has definitely passed. At least some members here are striving to increase their wealth through affiliate marketing. A member's idea and definitioin of "wealthy" might be very far off the mark. See my introduction to this post if you don't know what I mean.

Would you consider yourself wealthy beyond all your hopes and dreams if you were a billionaire? Consider this quote from a Forbes article from none other than the richest man in the world, Jeff Bezos:

“When we’re acquiring companies, one of the things I look at very
closely is ‘Are the founders of a company missionaries or
mercenaries?’ ” Jeff Bezos told me several months ago, before revealing
the answer with his famous braying laugh. “It’s actually very easy to
tell—missionaries make better products and ser­vices.” They also
engender the one authentic trait that’s ultimately the most profitable:
trust. That word, says Bezos, “is what allows you to expand the
business.”

Amazing. Incredible. Coming from the lips of the only person on earth who has a chance to become a Trillionaire in his lifetime.

There are tens of millions of Americans living in the country with far more billionaires than any other in the world, who barely can make ends meet. Their fixed incomes are so low they can barely afford to keep a roof over their head or food on the table.

How can this be? How can a country be glad to pay super-athletes in their twenties, contracts that make them multi-millionaires each year? Are we that blind or desperate for our "entertainment?"

Please don't tell me that every multi-millionaire and billionaire accomplished where they are today entirely on their own shoulders! That not a single one became fabulously rich without any "help" from their family or friends. That they reached their financial and business goals completely on their own.

That they never lied to or cheated anyone.

No, don't go there and tell me that.

And here at least, some of us are trying to earn a living or actually become wealthy through affiliate marketing. The odds aren't great, people. It's just the opposite, actually.

There is a site called 99firms which is an online ad agency located at: https://99firms.com/blog/affiliate-marketing-statistics/#gre..

It had an article in it with the following statistic: "Almost half of affiliate marketers make less than $20,000 a year." What? Less than $20,000!! After three years of getting nowhere and not generating any profit I try to survive on just over that amount. It's horrible.

Are the figures sinking in?

I wish everybody that is a member here success, including financial. I only wanted to question and challenge what might be going on in the minds of some of you.

Wealthy? Rich? When you get to the point where your net worth (your personal assets minus liabilities) is at least several or more millions of dollars, invite me to your celebration.

Whom am I kidding?

Here I sit, terrified, so financially poor that I don't know how I am going to last any longer.

Few people want to die alone. I don't, but as my time grow very short, it might just be a relief to not have to be concerned or sick to my stomach about not having enough money to live any kind of life.

My old man was a rotten S.O.B. who taught me incredibly well. How to die penniless or dead broke. A whole lifetime leading to no wealth of any kind.

Damn him and damn me much, much more. I shouldn't have listened so well.

Write something…
Recent messages
JeannineC Premium
There are tens of thousands of affiliates who never create their first site. You are already way past that.

Sure, in the universe of anyone who has ever applied to an affiliate program, those could be the percentages. But the same percentages - even worse - could be applied to people trying other things as well, like learning to play a guitar or starting a garden or learning to speak French.

The decision on how successful you are greatly rests upon you. You mood is reflected in your writing. Were you happy and enthusiastic when you were writing your posts? It does make a difference. I'm not trying to put you down, but if you were feeling frustrated or like it would fail as you wrote it, that's basically a self-fulfilling prophecy.

Take some time. Find your truly happy place. Then work on a new blog and you could be quite surprised at the results.

Reply Like Like You like this
CraigBarnes Premium
@JeannineC
With all due respect, Jeannine, even when I am not thinking or acting in a very negative or self-destructive way, positive or happy results just don't come my way.

I could give you excruciating detail on why I know this is true, but I won't. When the s**t hits the fan, one thing has always been the same for me. There's nobody else around when I get my clock cleaned. I suffer and heal all by myself. No spouse, child, friend, companion, or even stranger to comfort me.

P.S. All the things that bring me great joy, i.e. my passions, are activities I do completely alone. Great, huh? I literally have only one friend in this city of about 260,000 people. I don't even see him, any more, and I think that is simply horrible and sick as hell.

Reply Like Like You like this
CraigBarnes Premium
@resty1984
I don't really have any "nice" days, my friend, and the nights are much worse. Thanks for the wish, any way. 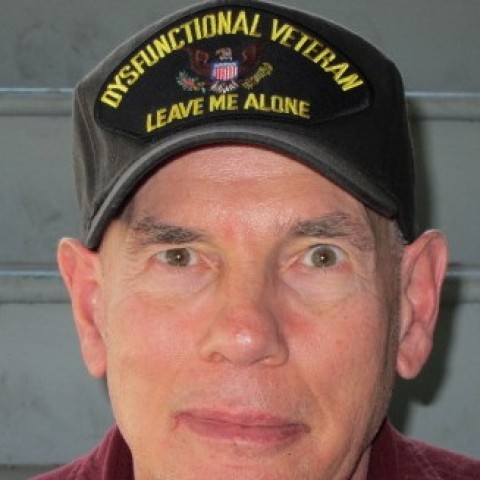