Just signed up as a premium member at Wealthy Affiliate

I am now officially a new Premium Member. There were so many compelling reasons for upgrading. Actually I was, although only monetarily considering if I wanted to upgrade. Why would I even consider even remotely passing up such an opportunity?

Because it took me a while to realize there was such a thing as new shiny object syndrome. I would have come a lot further by now had I been aware of it's affects on someone just getting started. I'm embarrassed to say that in the past I've wasted more money then I had made. This was because initially I was naive actually didn't even realize that everyone wasn't completely honest. Especially when it came to things for newbies related to Internet marketing.

I believed that if someone had a professional looking website. Well written text and a nice picture of themselves placed on it. And it they said they could help you become successful online. That they were probably the genuine article. I'm speaking primarily of Internet trainings, IM gurus, and such. Many lessons were learned. So now I am not as quick to hit the buy now button.

These days many things come my way telling me that it's the latest, it's the greatest and it's the best... So act now!

Well as soon as I signed up for Wealthy Affiliate as a free member. It was clearly obvious that this is was no ordinary, nor fly by night training. But a real gem just waiting to see it anyone would notice and pick it up. Well lots of people have noticed and I am fortunate to be one of them.

Still as a reminder to myself to not fall into the Shiny Object Syndrome again I waited a few days. But seeing the great amount of value being offered. I have happily given myself permission to upgrade and become a new premium member.

Write something…
Recent messages
ChipsMom Premium
Congratulations. You'll be able to learn and do so much more. 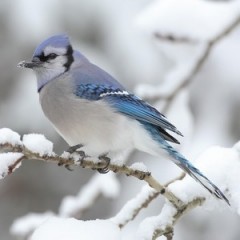