I chose my niche about bike training.Ten years ago, before I started cycling my health was all right but i was bit overweight, high cholesterol, blood pressure on the high side . My doctor said for a fifty year old it could be expected, and a few medications would keep it in check. I didn't want to go down that track. At the prompting of a friend I started cycling. I hadn't been on a bike since I was 13 years old.

My first ride was about 4 km. A struggle, I was totally wasted afterward .However I kept at it. The 4 km soon became 10 km and not so much of a struggle. After a few weeks I was riding 20 km and feeling more relaxed on the bike. A 100 mile race was suggested as a target to aim for. It was 6 months away. I didn't think I could possibly do it but was determined to give it a shot. I lined up at the start with the multitude of other riders, very nervous about the race. Over seven hours later I finished, very tired but elated at finishing that challenging course.

I have gone on to complete that race on another three times. Each time I have completed the race 30 minutes faster than the previous time. I completed a 800km race and rode a mountain biked in a 80 km ride at over 4000 meters on some of the roughest roads in Nepal. I have seen sights you miss from a vehicle, visited places I never would have considered, made many new friends. In the process I lost over 15 kg in weight.I now have normal blood pressure,cholesterol levels and are fitter than I was when 25 years old.

I think that learning to cycle is like my journey will be at WA. It's foreign at first. I took a few steps, and have stuck with it so far. The rewards will come later with perseverance .

Reply Like Like You like this
milosh2310 Premium
hi, so you can start review races, or how to tune up your bike, or make a maps for cycling, maybe review bikes?and so on.. thats really nice niche, thumbs up!

Reply Like Like You like this
BruceS Premium
@milosh2310
Hi,thanks for the comment.Yes I can put any of those topics in.My site is http://cycletrainingplans.com/. I have concentrated on how to train to improve your cycling. Cheers 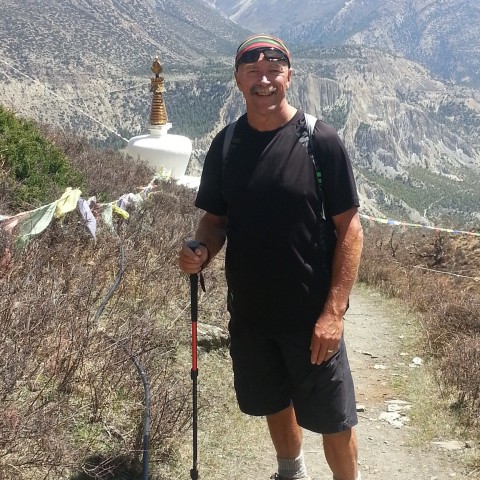