It's Not All Mine

The last twelve months have been the most difficult many of us have ever endured - professionally, personally, emotionally, and perhaps even financially.

It's been a year of losses. Since the start of the pandemic, at least 2.6 million people have died from Covid-19 globally and over a half-million in my country (the United States). (source) Millions have lost jobs and income, and the financial losses have been the heaviest among those in the service industry and low-wage earners.

It's also been a year of conflict. Politically, in the United States, social media has often looked like a gloves-off free-for-all cage match between the left and the right. We've seen many peaceful protests for righteous causes. We've also seen violence erupt in locations around the globe for a variety of reasons.

All of this has forced us to take a hard look at our personal priorities. At what is most important. It has all made me think differently about money.

In the internet marketing industry and the often overlapping self-help industry, we place a lot of emphasis on having a success mindset, taking personal responsibility for our financial situation, and innovating to pull ourselves up to new levels of prosperity. But we must balance those ideas with the undeniable reality that many do not have the same starting positions or resources because of systemic issues and economic inequality.

All of that has brought me to a place of remembering that it's not just about me. Or you. Or self-actualization or personal achievement. Life is not just about achieving success or collecting wealth.

Life is also about making a contribution to the human family around us.

In other words, while personal achievement can be a virtue, it must be balanced with a sense of fairness, justice, and equality for everybody. It's as simple as asking some basic questions.

I keep hearing this phrase in my head - it's not all mine. Even what I earn isn't all mine because even when I'm working hard and innovating, I'm still benefiting from the work that other people have put in before me.

There was an old, dying king once named Solomon, who wrote a book a the end of his life. He had attained incredible wealth and riches. He was successful and well-liked. But when he looked back on his life, he called it all just "vanity," which literally means empty of meaning.

As we move into the future and hopefully a post-pandemic economy, let's shift our thinking from mere personal achievement to community betterment. In this way, we'll make a better world in which to enjoy the fruits of success.

And we won't be celebrating alone.

Reply Like Like You like this
AlexEvans Premium Plus
Good to see you, Brandon; it has been one of the most challenging years for many. It is times like this that reflection and pivoting can be the order of the day.

We have been reminded of our fragility.

If we can make the world around us better, we are investing our energy well. 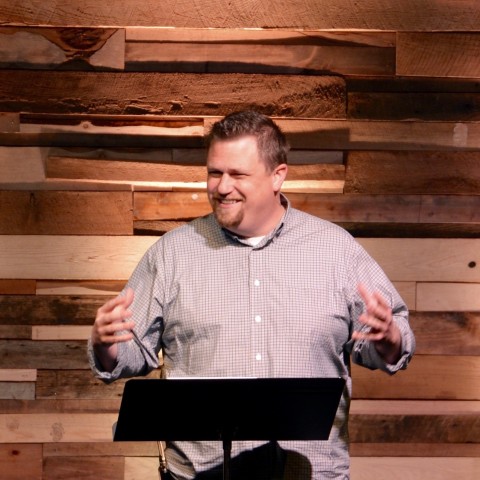 5Years
View Brandonacox's Profile
Follow brandonacox
Brandonacox's Posts
89 posts
View all
Better SEO is All About Attentio...
2 comments 6 likes
Believe In People, Starting with...
4 comments 9 likes
It's Not All Mine
4 comments 7 likes
My 1099 from Amazon
9 comments 25 likes
Be Advised: Digital Marketing Is...
4 comments 11 likes
What to Do When People Get Sick ...
5 comments 10 likes
3 Big Reasons You SHOULD Make Mo...
16 comments 15 likes
This Career Wasn't Built in a Da...
2 comments 12 likes
When 200 Clicks Are Better Than ...
14 comments 54 likes
How to Create Multiple Streams o...
31 comments 32 likes
Hold Tight!