What's going on with the world nowadays? There's never been such an insane amount of information instantly available to humanity. I believe we have reached the ceiling here! Could we go higher still??? It's a good thing in the sense that anyone can be well informed now BUT it's a grave danger nonetheless because the overwhelming majority of people are utterly unprepared to handle such a gift. Therefore I believe that this Age of Information we're being thrown at is going to eat us alive. These are the words of a realist speaking, don't believe that I'm just ranting like a grunchy old man. I'm actually a 29 years young guy who strictly follows the rules of the ancient Greek school of Skepticism! That is: question ( the verb ), inquire and doubt everything you're told until the skies are clear and you can see clearly ahead of you... All this technology that's being developed every day, it's main purpose is to, basically drown us into an ocean of information while telling us that's called progress! I beg to differ! That's not the progress I'm longing for. Please, for those of you who have forgotten, or simply have never seen, just go to youtube and search the speech of sir Charlie Chaplin in the end of the movie "The Great Dictator". That's so inspiring. Good day to all of you.

Write something…
Recent messages
dhayman Premium
I hear your frustration. Skepticism is a healthy thing, but carried too far, it can lead to paralysis and inaction. No skepticism leads to the panic of your friend without a charger. He can't stand to not have more information.

Knowing how to sort and evaluate all that information is more valuable than having terabytes of information you can't or don't know how to use effectively.

You are quite right when you say that the the overwhelming majority are utterly unprepared to handle such a gift.

Reply Like Like You like this
besjon Premium
@dhayman
You're absolutely right Doug. It's better to have the RIGHT information rather than ALL the information. Now progress rhymes with speed. We need to do things faster, we need to get places faster, we need faster connections, wider bandwidth, faster transportation. We have forgotten that it's the journey that matters the most and not the destination... My two cents...

Reply Like Like You like this
Jenna7 Premium
Very well said. Too much information and technology can throw you off, I can handle it in bits and pieces...but all the cell phones, ipods, ipads, computers, etc etc are great but too much sometimes. I don't think my teenager would know what to do without his phone-he panics without it. Sometimes I take it for discipline reasons.....but kids especially are so attached to this technology as they grew up with it.

I love technology don't get me wrong, but I also get your post.

Reply Like Like You like this
besjon Premium
@Jenna7
You're going to laugh but this particular blog was inspired by an anecdote that just happened to me an hour ago while at work. A younger coworker in his early twenties approached me in panic asking if I had a Samsung charger on me because his battery was dead. You should've seen his face! Total panic, when I told him I never carried a charger with me, he just ran off without saying a word, to ask the next person available. It got me laughing but also wondering what the hell?! 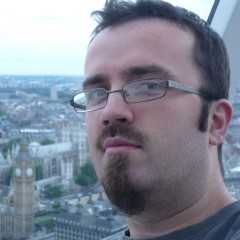