On last Sunday the Football World Final Cup was played. The final teams were Argentina and Germany, which played in Rio de Janeiro, Brazil.

The tournament lasted an entire month, in which, I have to admitt, I was very, very distracted, if as the world and my live stopped for an entire month. Now back to reality, I want to share with you some very short ideas as how to do things in order to succeed in football, WA, live, etcetera. I will compare the host Brazil, the eventual champion, Germany, and the runner up, Argentina.

BRAZIL: It is supossed to be the country of football, they have had so many great players. I supossed most of WA menbers only know Pele, after all in USA and Canada soccer, as you call it, is still not that popular, but not, Brazil is not only Pele, there were so many others, and so many great teams.

Well, this was too much pressure for the Brazilian team. It was like they had to win or die...well, they almost die of nervousness in the process, losing to Germany in the semifinal for 7-1. And then losing for the third place with Holland for 3-0.

The fear of losing, more than anything, defeated Brazil.

ARGENTINA: Being a big Argentinian fan, and seeing all their matches it was clear to me that they were able to improvise and get better game by game, correcting things here, things there. They also played like lions, brave and cold smart at the same time. But, in the last eigth years they have had 4 different coaches, each one of them managing things their particular way. There was not a plan from the begining.

GERMANY, the champion: At a certain point they realized they could do better and for the last ten years they have been preparing themselves, working very hard on developing young players in order to create well rounded professionals players. They had a plan, which was executed for the last eigth years with the same coach in charge.

They did not pass the third place in the last two World Cups, but finally they suceed in being a World Cup Champion in Brazil 2014.

Sports imitate Life, or Life imitate Sports, wathever it is we can all learn a few things from these competitors¡

Write something…
Recent messages
IMN Premium
You are so right! Have a plan and stick to your plan. Great post. Following you now. 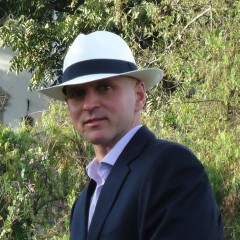