The blog failed so badly that Google "de-indexed" the entire site.

Then I quit blogging.

May 2016 -- Benji's Mom and I found out we were going to have our first child. Met with the realization that I needed to get 'serious' about earning a 2nd income, i hit the internet again looking for ways to 'make money online'.

I then stumbled across a review for a product that was just going to lead to another dead-end but at the end of the article, the blogger said to try this their "#1 recommendation".

It was, of course, Wealthy Affiliate.

It was free to start... so why the heck not?

I started the first 10 steps of the training... I was intrigued.

I coughed up the $19 (reluctantly) to open up the rest of the training... I was further intrigued. I started a site called BenjisDad and just under 2 years later I was earning more money in a month than I was earning in 5+ months at my 9-5.

Maybe the other ways I was trying to make money just wasn't 'for me', but when I started blogging... My world changed.

I paid off every single cent of bad debt that I had.

I didn't have to run expensive ads on Facebook.

All I had to do was research topics that I enjoyed to research, write articles answering common questions and review products... and I earned money.

Money I can use to pay my cell phone bill...

Money I could use to pay for groceries...

Money I could use to pay my electricity bill....

Money I could use to pay my mortgage...

Money I could use to BUY MY TIME BACK.

I hate to get monotonous, but my goodness... Blogging didn't just change my life, it saved it.

My relationships with those closest to me have improved all because I have more time for them. If I wake up in the morning and don't feel like worked... I DON'T.

All because of a little training here at WA.

Of all the people that have followed me here at WA, a lot of them... A LOT, give up and tell me they don't have time because stuff at work 'picked up'.

Tell me they don't have the money to pay for the monthly fee here at WA.

Tell me they gave up after writing four articles on their site and wondered why they weren't making thousands of dollars....

And I hate to use strong words like that, but I cannot even begin to measure how much value I have gotten out of my membership here at Wealthy Affiliate.

If I were to calculate the amount of money I have given WA versus how much I have made BECAUSE of WA, your calculator would break trying to show you the value.

Look, I am not saying that everyone that takes WA's training will quit their jobs one day, but the possibility is definitely there.

It's just up to you find it within yourself and do it.

I'm living proof and I can assure you that I am no one special.

Just someone that got fed up with their current circumstance and decided to do something about it.

So anyways... I say all that to say this... If you haven't take advantage of the WA Black Friday sale, then you are truly hurting yourself.

There is nothing more 'freeing' than paying for something yearly, and being able to concentrate on actual things that get measurable results in your business.

So I beg you... take your life into your own hands and do something that your future self will thank you for....

Learn the value of investing into your own knowledge and education that does not require a 4 year degree.

Upgrade to the Black Friday deal and lock in the great benefits this training has to offer for now until... until... well... that is to be determined.

When I first started with Wealthy Affiliate, I didn't think I would still be in the program 5 years later writing to you about how great it is.

No one is paying me to say this. This is just a friendly reminder that the value is here, but it's up to you to buy into it and do something.

So that is my story... thanks for reading it.

I hope you make the right decision, I know I did.

Write something…
Recent messages
Marianova Premium
Hi Cris,
I was moved by your story. This is a strong statement and I hope many members will be inspired as I did. We all have our ups and downs in life but if we truly put our effort and dedication, success is just in the corner. Thank you for sharing. - Maria

Reply Like Like You like this
Eugene Premium
Chris, you were one of the first that I started following when I rejoined WA in 2018. I also followed @littlemama(Grace) and Jerry Huang. I can feel what you're saying here on your post and I can identify myself. I quit twice WA because at the beginning I did not want to do the work.

"All I had to do was research topics that I enjoyed to research, write articles answering common questions and review products... and I earned money." (This is it, follow your passion, provide the relevant content and everything will take care of itself)


You did it Chris, and Kyle has mentioned this many times. It's all about writing that content, but it must be relevant and valuable.

Reply Like Like You like this
Claudiojuan Premium
"300" is a number that I like like the movie. But the truth is, I like more than 600, which is the number of people you were able to enter the platform in 2019.
What can I say? I congratulate you, I hope I can get to know you better in Las Vegas.
I ask you: How many people this year did you manage to enter?
Thank you Chris!

We do hope that your blog touches the thinking of the right people.

We wish you continued success.

I am already grandfathered into this fabulous black Friday deal In May 2019, and I am so happy I took advantage That day.
I am almost one year into my journey and still have a long road ahead of learning and development of my business, but I most definitely are determined to achieve my online goals too.

Have a wonderful day.
Jude 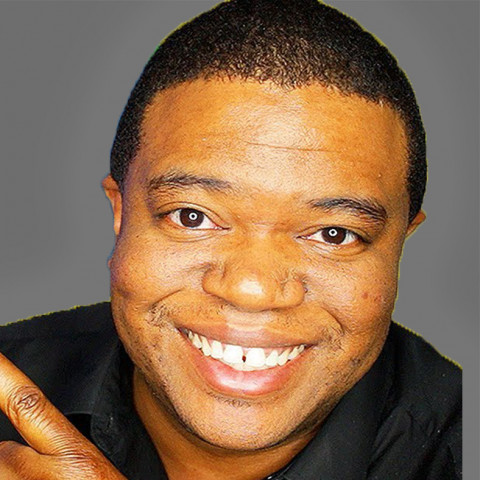