If you've read my ode to WA that turned into an article, you will be aware of how much I love it here at WA, the things I've learned, some of the people that have helped me and the huge reliance I have had on both Site Support and this fantastic community to help me out with my seemingly never ending questions!

Why weren't people able to see my post to comment on it? Is it because I changed it to a draft while I did the SEO stuff? Will they still get the credits as they tried to reply? What do I do with their comments as I don't think I should approve them? Can the same people comment again if I repost. Will they be penalised if I don't approve their comments even though it's not their fault?

I received an answer but it was incorrect, several others saw that I received what they took to be the correct answer so just commented that I had the answer and wished me well. I commented on my own question to say that the answer was incorrect but as I STILL don't know how to tag (one day, probs not today but one day!) I couldn't let the person know directly. Also because they thought they had answered correctly they probably didn't check back and are themselves working with the wrong information.

Thinking about it so are the others who commented that the first answer was correct. One person, who I have found extremely knowledgeable in the past, replied to the incorrect commenter to say that actually they were wrong and they themselves did what I had done but they unfortunately didn't proceed to answer my questions! I was a little surprised at this but then I thought maybe they didn't know the answer either - not everyone knows everything about everything!

Anyhoo, I was left to figure it out for myself which normally doesn't go well ngl😊I didn't want to just delete the comments as I had one comment disapproved on Site Comments, just one, but it brought my all time score down from 100% to 99% and it can never go back up. To most I'm sure that's a wee thing but to me who has never been 100% at anything, I was fair gutted and it still upsets me every time I see that flippin 99!

Also I paid for the comments to help with my site rank so I didn't want to waste my credits, I have plenty as I didn't know how to use them at first so I was just storing them up till I figured it out (good strategy that if I say so myself) but I firmly believe in waste not want not and try to apply it to everything.

So I remembered somewhere in the training that there was an edit button on the comments so I went back over the comments and decided to just edit them as if the person had read the article, I would have checked with them first to make sure they were ok with it. When I read back over them I realise that each had answered partially and that if I replied inviting them back as if they were 'outside' visitors it might help others coming to the site. So that's what I did,

I had already republished and bought more comments before I'd figured all that out and one of the original commenters did come back and said some lovely things about my site🥰so I added all of that and ended up with about 10 decent comments which can only help my rank. No one was getting penalised and I got more bang for my WA buck, win win!

After I'd done all that, I woke up this morning to find someone had answered correctly about the edit button but had said I might have to chalk it up to experience and move on. I wanted them to know that you don't have to do that, you can do what I did but thank you for your reply.

Oh dear, I appear to have rambled on somewhat! If you're still with me my main points were:-

1. Check the answers you give to people, they might not be correct.

2. Check back when you answer a question in case someone has a better/different answer - you might learn something!

3. There don't have to be dodgy comments on your site, you can edit them.

4. I feel that if there's a 4 I'm still rambling so I'm going to exit quietly now and y'all have a good day now y'hear😘

Write something…
Recent messages
Debbi26 Premium
My thought is that if you're going to leave a comment, read the post and don't just leave a generic comment or one that is totally unrelated to the article.

Definitely agree, although the edit option is useful especially in the type of situation I was in. They commented valiantly on a post they couldn’t see from a 3 word title so I was glad to be able to actually post their comments 😅

Reply Like Like You like this
Debbi26 Premium
@VioletLight
LOL. Thank you. The first time someone called me that, I had to look it up as well. I didn't know if it was a compliment or insult. It kind of stuck after that.

Reply Like Like You like this
VioletLight Premium
@Debbi26
Oh how fab! “I didn’t know if it was a compliment or an insult!” I love it Debbi😆out of interest, what would you have done had it been an insult? 😂

Reply Like Like You like this
Debbi26 Premium
@VioletLight
I probably would have asked why they said that to determine if it's something I want to change within me or ignore it/them.

Reply Like Like You like this
anjumshahlla Premium
Hi, I see how you feel. I respect you. Sometimes people are in a hurry due to some other important things happening in life and business.

Reply Like Like You like this
VioletLight Premium
@Cheenzie
Thanks Cynthia, as I said I do love this community but it helps to have accurate up to date information otherwise it’s just not the resource it’s meant to be.

Reply Like Like You like this
mstewardit Premium
Thanks for Sharing. Site comments is an area where there are some very mixed opinions. I try to work with all the comments I get but sometimes you just can't approve them.

I have had to get rid of a lot of comments that come from outside of WA. There is a lot of spam about.

You’re welcome. I try to approve all the comments for the reasons I stated above but it can be hard when they don’t really make sense. Knowing there’s an edit option is a big help!

Can I ask, you mentioned getting rid of spammy comments from outside WA, I have a couple and I didn’t really know what to do with them. Am I correct that if I don’t approve them they won’t appear on my site? Can I just delete them and no harm no foul?

I haven't used site comments for quite some time so in all honesty I probably couldn't have given you the answer you were looking for.

I agree with your point number 1, people shouldn't assume they know the answer and post it thinking they are helping somebody. As you've seen, it's easy to mislead others as well as being misinformed yourself and carrying on thinking you were right.

I try to make sure I only help others with the limited knowledge I have when I'm confident of being correct and that it will actually help the asker and others.

Despite having a limited knowledge of all things online, it's still a heck of a lot more than people who are brand new to the industry so that's who I try to help out.

In this particular instance I would probably have suggested a pm to Kyle for your answer as, as you've found out, it's very easy to be given incorrect infirmation about something that is a platform issue.

Glad you got it sorted though......I sort of rambled through my answer didn't I???😂😂

Nothing wrong with the occasional ramble, we got there in the end😂 Krs isn’t part of my name, it’s a short way of saying kind regards which I might have to have a rethink about as you’re not the 1st person to ask me about it lol.

I’m the same, I hesitate to offer advice because inevitably I’ll get it wrong however you’re right that other even noobier noobs don’t know anything at all.

Poor Kyle - I think if he’d known what he was doing allowing me free access to his email, he might have thought twice! His mailbox must be peppered with my inane questions but he answers every one with calmness and grace and encourages me to ask more.

Reply Like Like You like this
Mark1957 Premium
@VioletLight
Kyle must have the patience of a saint! Is that a phrase you'd be familiar with????
Maybe try KRs, to me that would denote two words in the plural...just a thought😁

Reply Like Like You like this
VioletLight Premium
@Mark1957
I’m going to try that Mark, it appeals to my inner linguist although my inner proofreader is slightly on the fence😉 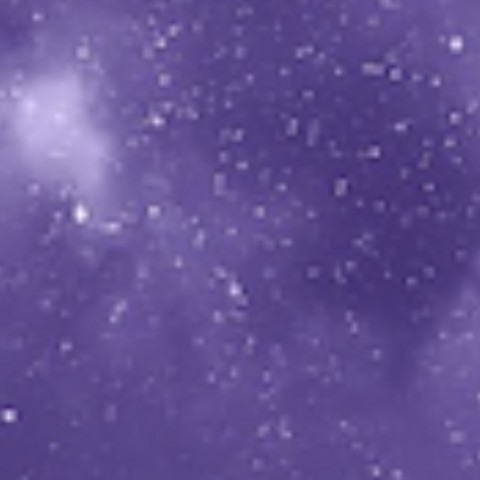