This is a letter from one of my good friends. He has dedicated his life to serving his country as well as his community as a Navy SEAL, firefighter, police officer and a city counsel man. Please read this, and if you agree share with any social media you can think of, and why not share it on your web site.

I have been contacted by many citizens both professing their support for Officer Benner and their anger for our judicial system. A family lost their father, and husband. The city lost a law enforcement officer, a hero, a SHEEPDOG, a contributing member of our community. Gregg Benner was a retired veteran who continued to contribute to the community he loved as a Law Enforcement Officer.

I have written an email to kelly@foxnews.com, as well as many others at Fox News. I strongly feel the City of Rio Rancho has a three tiered story here. 1. Just as stated above. Our judicial system has dropped the ball and has demonstrated once again it is broken. 2. A police officer has lost his life, in my opinion, because of our judicial system and leaders of the highest order have given the impression that it is ok to challenge, question, and even taking the life of those who have dedicated their lives to protect and serve the community. The result being a slow move toward chaos. These leaders have demonstrated a level of ignorance and racism like no other in my lifetime. 3. The Great City of Rio Rancho and its citizens are demonstrating that they will not tolerate such ignorant ideology. The City of Rio Rancho is demonstrating that they are one with those that have devoted their lives to protecting and serving the community they live in. This should be held as an example to the rest of this Great Country. I can only ask that if you agree, take one or both of the following actions. 1. like and share this 2. As stated above, perhaps national news can shine some light on the proud work of the judge and parole board, so they can speak publicly to their actions. Write an email to kelly@foxnew.com, or any other national news channel or personality. Thank you."

Reply Like Like You like this
DustyS Premium
First of all RIP brother. I was a veteran Police Officer in my community for 13 years. My Son is a rookie officer in the same community as I and my brother is also a 10 year veteran officer of the community he lives in.

Our judicial system is in the practice of recycling criminals that have the attitude of entitlement. Our real problem is our country is in a vacuum, that's what happens when you have poor leadership or no leadership at all. Once this happens it just trickles down from there.

With all that being said I will take action on your behalf. On behalf of our brothers nationwide, Thank you.

Reply Like Like You like this
mbrin37 Premium
True, true,true..... and may God help us help ourselves as a nation. I am so sick and tired of 'thugs' being hailed as 'upright standing citizens' and the 'police' being the ones charged as being 'guilty until proven innocent' after every incident. Sick,sick,sick.... you get the idea... enough already. Cheers.. and here is for a better tomorrow... :-) 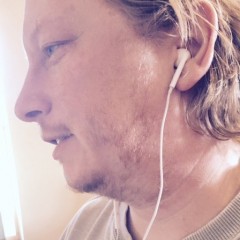