She is Gone and She Isn't Coming Back.

Yup. Procrastinating again on working on my websites. I got a little more done.I have 2 more obstacles to overcome before moving on to the next part of bootcamp.

Raven's Cat Rescue now has 10 cats. One is mine. One is not rehomable and 4 of them are ready to go. I got one response to my ad on Craigslist from a man looking for an 11 yr old cat that disappeared 6 weeks ago about 7 miles away from me in an area I lost a cat in yrs ago.

I tried to explain to him, sir the cat is not coming back, the coyotes probably got him. But he interrupted me before I could get it out and said "why do you say that.I don't want to give up hope. Bite my tongue here. I've been there. The cat was gone and coyotes the only explanation. And I have been there. When the cat is gone the cat is gone.

Back in Sept 2013 I bought a used car after not being able to drive for a year and 15 mos later I finally got a car. I had a friend who lived a considerable distance and my work schedule made it hard to keep up with her.We had spoken at Newyears 2013 and again in February.Then as often happens people get busy and time passes.I hadn't heard from her by July and I started calling. I kept getting no answer but I wasn't ready to start calling around to hospitals yet. You see Judith had been suffering from ESRD,was on dialysis and repeatedly was in and out of the hospital with various ailments.She was supposed to call me is she ever ended up there but she never did.(Like you want to call people when you are in the hospital really sick.) I had to track her down a few times.

By the time I had time to start calling around I had the car so I figured I would just head down to her place. I got there and did not see her car anywhere. Didn't mean anything. I went to her door.The sticker was on the window notifying the fire department that there was a dog inside. Good sign. But the dog wasn't barking when I knocked. The neighbor who was a friend of hers didn't answer the door. So I went to see the manager who wasn't the same as the last time i was there. I said "Do you know anything about the lady in apt 26?" She said the lady passed away about a month ago.

Wow. She always used to complain about her sister in law the B---h who obviously hadn't bothered to call me. Wow. I tried to call a number I had for her brother which I believed was their home,but it was disconnected and there was no listing for any other number.

Gone. Just like that. I had so much to catch up on with her.She didn't want to go. She was tired of being sick and just wanted to get better so she could have what she called "quality of life".She had gone through pain to get things implanted in so she could plug into a portable machine. And she was on a transplant list.She believed she could get better. But the way the wheels of the medical system rolled they never got to her.

It was unusual how I met Judith. I lived in a bad neighborhood. Her husband was the neighborhood bully and con artist. He always had people in and out of the house and she seemed to go right along with it. I moved to another part of town.

Several months later I heard from Judith. She no longer lived at the house anymore. She had broken her knee and was in rehab for several months. The house was boarded up and her pets were gone when she got back and she had to start over.She kept my number and I was the only person she wanted to keep in touch with. It was strange. But I got together with her and we became good friends. She had a new life. Was divorced. A new pet. Hope for the future. Then she got cataract surgery which opened more doors to hope for a future.So many things we were going to do but I was always working.Or she couldn't afford it and I couldn't afford both of us.

I never expected the call that day. I always thought she was out of place in her setting.The stories she told me about her nine years of marriage to this guy. She turned out to be exactly who I wondered if she was, educated and from old money.She had lived well until she got into this bad marriage and couldn't work anymore due to illness.Her parents had passed and her remaining brother had a stroke back in 2011 and so her only family as she referred to her, was her evil sister in law that has all her own money and now has all the control since her brother's stroke.

I think of Judith a lot. She never got to see my new house.She would have loved it. I may have been able to help her buy her own in my subdivision with the contacts I made buying mine.I will never know. There is no closure here. And for some reason today I was thinking of Judith and it really bothers me that she isn't here.I can't talk to her.She is really gone.

Just was thinking about her and wanted to write about it.It doesn't help.

Write something…
Recent messages
drago1168 Premium
My friend, when we look back in our life it seems that the ones we love the most are the ones we don't get to tell that to. But the thing we do get to keep are the memories.Those are the gifts from God to us. He has taken with him your friend who no longer has to suffer from pain and illness and swapped you all the wonderful memories and no one will ever take that gift away from you. Although the time now is very sad there will be a day when those memories will give you much joy. No matter how or what we say today will not replace what you are feeling, and that is yours to feel. As time moves forward, and it will, you start to realize that our friends and family don't have to live in pain and sickness so that they can be with us. They will always live through our memories as God has given us a way that both can be happy for always.

My prayers are with you and your friend.

Reply Like Like You like this
mburnett1975 Premium
My heart breaks for you it's always tough when you can't say good bye. I completely understand though I didn't get to say good bye to my father. God bless and will keep you in m thoughts and prayers. 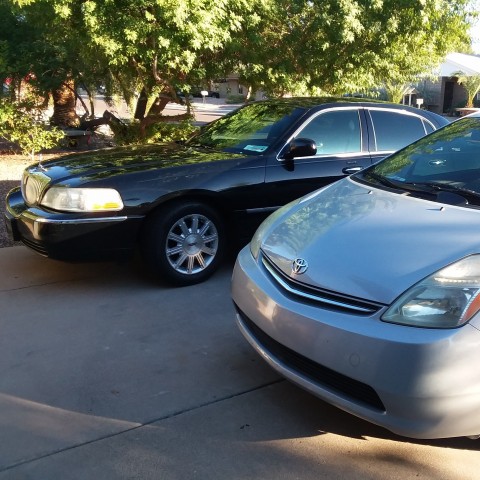