Leave The Crazy Guru a Message

Last Update: March 20, 2013
My nature is go big, everything BIG! But I have been wondering, wondering if its better to promote my Internet business on a "Local level" rather than on a "Global Level". My first instinct is to want to get as much as I can, make as much as I can as fast as I can. But reality sets in and sometimes as they say "More is not necessarily more, sometimes less is more" and I'm beginning to think that this may be the case, I also think it would take the pressure off, cause it seems that just the idea of global naturally puts pressure on me.

I think when this whole internet thing started to explode, everyone naturally wanted to take on the world, but as time has passed and the playing field changed, people have started to reevaluate and scale back on a local level, and have possibly found that that in itself is a niche...to go local, and have found success. I wonder.

I also have wondered, as I have seen people from other countries like Mexico and also France that wow maybe, just maybe they could find big success in translating for example WA in their native language to accommodate those in their countries that don't speak the English language. I think I would do that, to me it makes sense. Is it just me ?, or does that really make sense? I wonder.

So, now I wonder if I should stay local. So, now I wonder should I do a version of WA in my second language? hmmm, I wonder. I'm definitely going to think about that...after all this is a business where we must find our niche. Thats a niche... or 2.

Write something…
Recent messages
MrChimney Premium
Staying local or going global is a personal decision. In the information age you can reach the world. I believe it depends on your product and or services you offer. I would not get use to your rank, it seems ranks change fast here. I minute your rank may be 60 something, next time you look, your rank may be 200 something. There is some good training here at WA on local marketing. 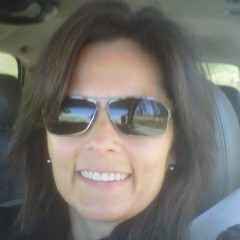