The days when I only had a little hope.

A long time ago, seems so far away a small seed of hope was planted one day. It was so very frail, needed much loving care for the bountiful fruits it one day would bear.

Enthusiasm, patience, kindness and love were constantly given so it could rise above the destroyers of doubt and fear that were rife in the infertile soil where the seed lived it's life.

Some people were told of the seed in the ditch, they laughed and they shouted "Impossible" which could have shrivelled the tiniest roots of the seed, but the grower ignored them - continued to feed the small seed of hope which no one believed could grow and survive in the ditch full of weeds.

The grower kept weeding the doubt and the fear keeping "the end result picture" so clear in her mind - kept the faith - with no proof at all that the seed would grow to be so strong and tall.

And as time went on the belief just grew stronger developing roots that grew deeper and longer. Becoming unstoppable, it blossomed and grew until finally the grower's dream had come true.

"Wow you are lucky" the people say now, "this part of the ditch must be fertile somehow!" "Whatever I've done" she said "you can do too". They replied "we may not be as lucky as you".

The luck that I had are the choices I made, I just never allowed my hope seed to fade. The outcome was always clear in my mind though obstacles and challenges attempted to find ways to discourage the frail seed of hope asking "what if you fail - how will you cope? You shouldn't be greedy you'll always be poor." So I stood up and showed discouragement the door. As discouragement got to the door, he asked "why?" I replied "Cos I'm tired of just getting by." "What if you fall?" he replied with a sigh. The faith in me answered "But what if I fly?"

I wish you all an abundance of encouragement, joy and happiness on your journey

Write something…
Recent messages
Strap Premium
Thanks for your uplifting words - this will inspire me onwards to show discouragement the door! 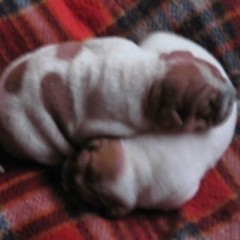 5Years
View Taichimisty Profile
Follow taichimisty
Taichimisty's Posts
2 posts
View all
Purpose Is Stronger Than Object
2 comments 1 like
The days when I only had a littl...
2 comments 2 likes
Hold Tight!