For the past few days I have made immersing myself in the study of this program, which I assigned to myself as my only scheduled activity. Developing and understanding of each module, and looking to dig even deeper has been my goal so much, that I completely lost all track of time.

Can you believe that?

If you read my about me section, you would know that I am from Gulfport, MS and let me tell you, Gulfport is definitely WHO DAT territory. I mean if you're not a Saints fan, then you are married to a Saints fan or at the least, very closely related to a SAINTS FAN!!! (WHO DAT!!!) The entire area's activities come to a slow crawl when the Saints take the field. Did I mention that its PLAYOFF football today? This is the most important game of the season, and I am sitting here blogging. WHO DOES THAT? Apparently, I do. And from what I have been able to glean from this shift in focus, this decision is promising to change my life.

Some years back, I had the privilege of taking a leisure boat trip with some very successful people along the Potomac River in Northern VA. I was a young, tenacious, real estate agent at the time, so the opportunity to rub elbows with millionaires was right up my alley. It was on this trip that I picked up one of the most valuable pieces of imformation I had ever received up unto this point. 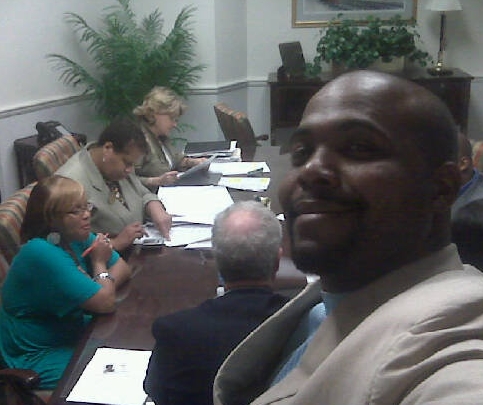 I was taking every opportunity to peek into the minds of these men as we trolled the river, laughing and joking, while we sipped (or gulped) on a few alcoholic beverages. There was no way, in my mind, that I was going to leave this interaction without something of value. I went with the sole into of talking my way into a deal, or a job, or something.

I had took a liking to this Indian fellow (Indian like country of India), and it became clear to me when he begin asking me questions about my life story, that I obviously intriqued him as well. The young entrepreneur in me said move the conversation to the subject of making a deal happen, because after all, this was the opportunity offered to me when I was invited. But it was the purpose in me, that I had yet to define, that took the opportunity to ask the question that would literally change my life, in retrospect, some years later.

I asked the man one question. "What would you say, is the key to success?" The middle aged Indian man leaned back to stretch his arms out, like an eagle spreading his wings, and said simply; "STOP WATCHING THE NEWS!"

WHAT! HUH? I asked him to explain. As he leaned forward, he begin to explain to me, in a matter of fact tone, exactly what he meant by his statement. He pointed out to me that every time I watch the news, I am placing myself mentally and emotionally in the position of a follower. He wanted me to be aware that I was responding to what someone else had already made happen.

The man continued to give an example by sharing that as a player in the stock market, he is in the position to MAKE the news and not just wait for the report and then act. He explained that it was the moves of people like him, that caused shifts in the market. If a stock went up, it was most likely at the response to a move someone like him made. Likewise, if the stock went down, it was most likely, as a result of the move made by someone like him. He expounded on his point by saying that if I wanted to be successful, I should MAKE the news and not WATCH the news.

THIS STATEMENT CHANGED MY LIFE.

It took a few years to truly digest this statement, but it was this statement that has been pushing me to MAKE the news. I have always been one to go against the grain, but this statement, challenged me to make life altering news, and not just become an extra in the breaking news of someone else's life.

Your success is dependent upon what makes the headlines in your news feed of life. If you continue to follow the news that you are worthless, incapable, and ineffective in your pursuit of success and fulfilled purpose in your life, then you will always be a step behind. You will always be reacting to these thoughts instead of consciously deciding to MAKE the news you allow in your life.

SO with that being said, I don't mind that I am not focused on the game. Will feel some type of way if the Saints lose? Probably for about a minute of two. But it's MAKING the news that's on my mind now. The Saints game has to wait until the Sports segment of my life comes on. Right now I'm focused on the headlines in my life. It is now time to do the things necessary to MAKE the news and be the change I expect to be, versus following the change I thought was to be in my life.

MASTER YOUR WORLD. CAPTAIN YOUR SHIP. BE GREAT.

You can check out my blog at http://loverealestateandhiphop.com to check out my different personal development products I am bringing to market. Your input is welcomed as I complete the set up of this awesome business platform tp MAKE the news the people can glean truth from.

Reply Like Like You like this
StreetCEO Premium
WE LOST!!! lol... Good thing I put my emotional energy else where. :) I look fwd to pursuing greatness alongside you guys.

Reply Like Like You like this
MyJobKiller Premium
WOW , Vic , Big Up's on the writing of this blog , and the work on your blog .. You got skills .. I can't wait to see your success ! 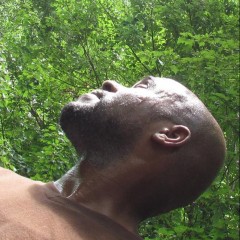 6Years
View StreetCEO Profile
Follow streetceo
StreetCEO's Posts
6 posts
View all
All things are possible!!! (why ...
1 comment 1 like
Own where you are (in life)
3 comments 1 like
The power within to win
4 comments 5 likes
LOVE: Own Who You Are
11 comments 4 likes
GEAUX SAINTS!!!! (I can't believ...
4 comments 4 likes
Its all down hill and UP from he...
4 comments 0 likes
Hold Tight!