There are actually plenty of different opinions and some controversy over how social media is used and should be used. Like anything else it can certainly be used for good things, but can be used in the wrong way also.

In the beginning, to my knowledge, it was used to simply keep up with people and look up others you have lost touch with. That's a good way to use it, of course. There are plenty of stories of people finding each other again on facebook and other sites.

Some people use social media to go on negative rants and that's a mistake in my opinion. Social media is not the place for that. I think most people get tired of rants and they really don't accomplish much. We need to keep our social media posts as positive as possible.

Too many people hide behind their computer screens like that, making rants, and that's just not the place for that. I also would like to point out that it is never good to even respond to a hater on social media. They are not going to apologize for a hate remark or even see your side of the argument if you engage with them.

I will typically block the hater if possible and I have also simply deleted my comment entirely simply to get the hate remark off the table. I have responded to a few youtube videos with my support for things, let the hate comments stand for awhile, and then later delete my support comment. I wanted the people making the video to know I supported them though.

Alot of people advertise their business on facebook ads and other sites and that's a good use of social media. That kind of advertising can yield results done right from what I understand. I haven't had alot of luck with it but I may try to get better at it in the future.

Now from what I have also gathered there are too many people still who spam too much on social media. That should never happen either. Asking people questions, arousing curiosity, then setting up a time to talk by phone or email is one thing. There are plenty of courses on this, of course, if you want to do it the right way. 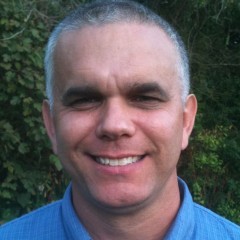