Boy has my WA rating dropped (or grew as the numbers show) I'm no longer under 100 or even 200. I'm over 500 rating now. But I have been so distracted here in the U.S. because of our election mess that I can't begin to think about making money. All my blog sites (I have several) have suffered. I missed promoting the Black Friday deal even, which I look forward to every year.

I've spent a lot of time in prayer for our nation and our world lately and blogging has definitely taken back seat.

However, yesterday I got a new "project" to work on. My missionary son-in-law asked about me working on his ministry blogsite. He is busy on his furlough from Papua New Guinea Bible translation finishing his seminary and linquistic training. So I've been able to see my daughter and my 3 small grandchildren this year and will for another year before they head back to the mission field. I'm happy to be able to help him move his site to my WA hosting account and change it up for him.

So I began to recreate the existing site on one of my siterubix subdomain accounts yesterday and worked several hours on it. Once I have his current content moved over, I will help him add some more "features" to the site. Hosting with me free will be much cheaper than paying the hosting fees he is now doing. He will eventually choose a new domain name also before I move the site rubix site to a .com domain.

As I recreate his site and divide a lot of his content up differently to make it easier to find, I'm learning some things I haven't done before. I'm getting to work with audio sermon files, RSS feeds and I'll be trying some different plugins I haven't used before. All in all, this is bringing back my interest in learning more, so that is good. At least I'm out of my "rut" and I have something productive to think about and work on while waiting for this election mess to come to a good conclusion.

WA is simply the best place to learn and build your online business. I've been a member since aug 2014 and I love WA.

Write something…
Recent messages
Socialbug766 Premium
I get distracted too with so many things going on and also having to work a full-time job. Sounds like you have your priorities straight though. If our creator moves on you to be in prayer for our nation, then that is what you need to do. It sounds exciting too that you are getting to help your son-in-law with his website. What a blessing. Glad you are back in gear. Good Luck!!

Reply Like Like You like this
Wdcope Premium
Shirley, the proper balance is where one is right now. I fully understand about distractions. Even though retired I am busier than when I was working F/T yet I work as I can with a simple outline. Do what you can and enjoy your family while they are here.
Enjoy the season.
Bill

Reply Like Like You like this
GeoffreyC1 Premium
I wouldn't give it a second thought, as unless you want to be an ambassador, it serves no real purpose.

Reply Like Like You like this
sdawson Premium
@GeoffreyC1
I agree, I do try to help newbies when I can, but I haven't done much for that lately. 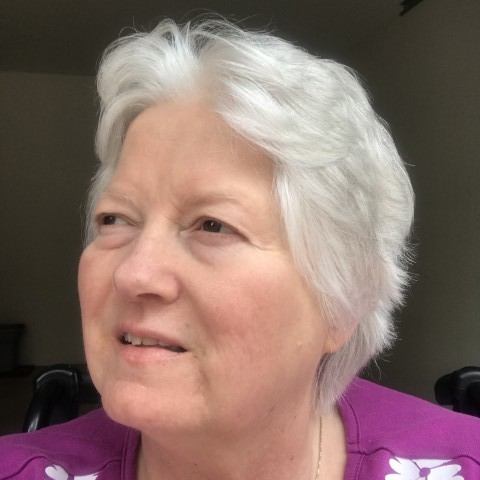