Last Update: July 08, 2012
People helping people. I live in south Jersey where we got hit pretty hard by last week’s storm. Of course I lost electricity and phone service. The electric was easy to fix, it took firing up the generator and hooking up some extension cords, plugging in the frig, direct TV and the air conditioner. The loss of the phone left me without internet, so I decided to head to town which is about ten miles from my house. Now mind you, I live in a very heavy wooded area and there were some heavy limbs down but no trees. As I traveled toward town I started to notice a lot more damage than at my house. The storm had really caused a lot of damage to the homes and roads. At one point I came upon some cars stopped in the road because of a downed tree blocking the road. Traffic was blocked on both sides

Write something…
Recent messages
steveww Premium
Most people are basically good. Working together and helping each other is good for the soul.

Reply Like Like You like this
mdonnelly21 Premium
Nice story, and that was what sold me about WA, is the community and how its revolved around helping people.

Reply Like Like You like this
splashduck Premium
That's a nice story. Thanks for following me back:) I know about ducks and playing the drums so if you ever want to have some ducks as pets or learn to play the drums I might be able to help in some small way, just ask me. Rob G & The Splashducks

Reply Like Like You like this
Labman Premium Plus
Americans come together in a crisis. Why can't we learn to get along all the time? Start one person at a time and Pay It Forward. You will change the world. 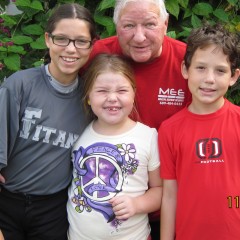