About three months ago I accidently stumbled upon an old friend of mine on Facebook. I hadn't talked to him in a long time. He has been a entrepreneur for a long time. Had a computerstore, an internetcafé, had a business wholesaling computercomponents. It made him enough money to retire early. But he is not the person to sit still and always has a lot of ideas. So some time ago he started a real good initiative, the project is called "De Marktkraam" which means The Marketstand. This project is about helping people who want to get started with their own businesses but don't have the money to rent expensive shopping space. In the town I live in a lot of shops are closing down because of the bad economy. Also most people who want to start something don't have the money to rent expensive space. Now they don't need to rent or buy expensive space and have the opportunity to try their business out first at low cost by renting only a part of the shop's space.

I often visited "De Marktkraam" just to talk and have coffee with my friend and two months ago he asked me if I knew someone who wanted to replace the Thai food corner, because their business was running so well now that they made the step to relocate and continue on their own. Then he asked me if my ex wife and her sister still liked cooking Indonesian meals and if maybe they would be interested in starting a food corner. Not long after that I talked to my ex wife and oldest daughter about my friend's proposal and my daughter she was really enthousiastic about the whole idea to have her own business helped out by her mom and aunt. They gave it a try and now are running their Indonesian food corner for the sixth week.

I am very greatful to my friend because he gave Brigitta, my daughter, this opportunity and she has fnally found something she likes to do. I still often visit "De Marktkraam" because it inspires me and I can also learn from my friend. He said to me: Ron, when you have your own business your are never finished, you are like an artist always trying to shape your business in something good. I'll keep this advice in mind. I think the same thing goes for Affliate Marketing. Think like an artist shaping a perfect object and then by the end you will succeed. It proves that even in a bad economy you still can achieve something if you put your back into it.

Write something…
Recent messages
judebanks Premium
Hi Ron, thanks for sharing your story. I liked your friend's comparison of shaping your business like an artist. Glad your daughter found something she likes to do. Maybe now it is your turn. All the best ~ Jude 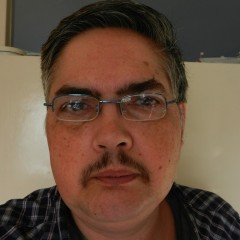