Expressing gratitude for the gifts this year past brought me...

Right... end of the year and all that jazz. Wishes are flying hot and heavy, and I've left my share, so, except for a general "HNY everybody!", that's all I'll say about that.

I want to close out this tired old year by taking a break from all this site work I'm doing today (like preparing a new post on Design Your Own Education: Inspiration for Independent Learners), and just express my gratitude for several important developments that have occurred in 2013... for me personally, that is.

Ok, I think that's about all I wanted to say. Wishing one and all a grand and prosperous 2014. Catch you on the flip side of the calendar turning!
Join the Discussion

Write something…
Recent messages
parkwriter Premium
You've certainly had a busy and fruitful year! It's so important to review accomplishments and express gratitude for them. I think many people forget that, but it's a great way to see how far you've come and to remember to be grateful for it.

Reply Like Like You like this
rkoobs Premium
True enough! I'm working on expressing gratitude more often. And what better time than when you've come to that pivotal point? 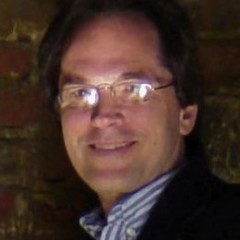