It is time to learn the party begins when you are open to it.

I remember thinking I was going to conquer the world and succeed at everything I did. I have learned over the last 35 or so years it isn't that easy. One would think the lesson would be learned and life would continue at an uphill pace. Nope, not this girl. In 1990 I turned over a new leaf and invited the Holiest of Hollies into my life but at that time I was extremely ill and reaching for anything or anyone to help me heal.

Fast forward to the year 2001. I had cleared many hurdles, not giving credit where credit was, due, not giving credit to whom it was due. I began going to church on my own after my second daughter was born; my marriage was on the rocks and I needed to know why.

As I engulfed myself in the Word and eagerly learned all He had been trying to teach me all along, things would have been much easier. But to refine silver, the edges have to be rubbed off. That is what He was doing to me, refining me in the fire, buffing off the edges.

I have learned a great many lessons and spent a great deal of time in the Word. My favorite verse is 2Tim1:7. "For God did not give us a spirit of fear, but of power, love and a sound mind." That one really spoke to me. The sky is not the limit, it is what ever I set it at.

So I've pulled up my boot straps after going though a lifer altering event and I am starting over. I was a few points from Ambassador, not I am at 324, But that gives me a chance to do things right, So I'm grabbing the bull by the horns and holding on for the ride. I have to earn what I want and what I need and I have to learn the difference. between the two. I can do it, I will learn it, So come on community, let's join together and learn together!

I don't understand because God has brought me through a lot of things and I am grateful for that of course. Because I can't do anything without God and I know that. I am in a funk and I don't know why.

So I am going with the flow right now. That is all I can do because I can't do anything else because I don't have feelings right now. I am okay but that is about it.

Reply Like Like You like this
Rae-1965 Premium
@marmar463
Mary,
I completely understand. I want to share something with you. My mentor reminds me that God is rubbing off the sharp edges to make us into the shape He wants us to be. Also, if God showed you His entire plan for you, you would more than likely be completely overwhelmed. All you can do is remember God NEVER leaves you alone. Remember the Footprints in the Sand poem and picture? He carries us when we cannot carry ourselves.

Going through the rough spots is inevitable through growth. If we do not let God help us and lead us, it is for naught. Sometimes we come around and sometimes we don't. But one thing I can promise you is if you do your best to fully rely on God, He won't let you down

I'm here if you ever want to privately chat, just IM me.
God Bless my friend,
Rae.

Reply Like Like You like this
Bibian2 Premium
God first.....
Honestly, you got to succeed with Him alone.. Life sometime seems hard, but i strongly believe With God and daily commitment.. one will be save from the stuck of Life.

Reply Like Like You like this
EandS2018 Premium
My goodness , God does work in mysterious ways ! You have no idea how much I needed your favorite verse at this moment in my life ( this is Elaine) . Thank you for sharing this with us.

We are so proud for you and are excited to watch you grow in every aspect of your life !
Elaine and Scarlett

Reply Like Like You like this
Rae-1965 Premium
@EandS2018
Elaine,
There were times when I would sit in the dark saying that verse over and over trying to chase away fears and doubts. Like a little girl sitting in the dark in the corner of her bed crying and saying "there's no monster under my bed." over and over. I used to sit in the center of my bed begging God to send me down an Angel to protect me through the night. I was assaulted by my father every night until I was 17 when I moved out. I was raised atheist, but something in me knew there was someone who could help me. It took many years of terror to understand how God helped me. Looking back, I see He taught me how to disassociate so I could separate my pain from what was happening to me. He held my hand through the entire time.

Thank you Elaine for the support and friendship. If I can be there for you in any way, please just IM me and we can chat. 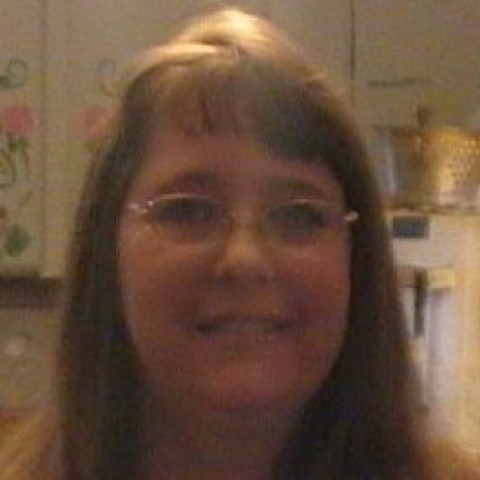