My first WA site getting some hits - Dead Broke Dads

my Dead Broke Dads site has already had nearly 1000 page views and 209 unique visitors. And it is christmas time when most sane people are not on the internet looking at web sites.

I have put WA up on the site as a low risk way of Dead Broke Dads being able to earn some money to get them off the street and back on their feet. That is the theme of our site.

I have long worked hard at helping men criminally robbed in the divorce courts. The piece that has been missing is a relatively sure way of earning money outside the normal corporate world. AW is, in my opinion, an excellent low risk way of a Dead Broke Dad working online and making some money from his online store.

There is also a very vibrant community here where Dead Broke Dads can get some advice, guidance, and support. I think more than a few Dead Broke Dads will come and join WA when I point out the opportunity to them.

I got 56 clicks on my affiliate link the other day when I put it about some friends. So we will see what the click to sign up ratio is, eh?

Write something…
Recent messages
Crossland Premium
Hi Peter It has often been said SEX sells, but I had hoped it was not true here at WA 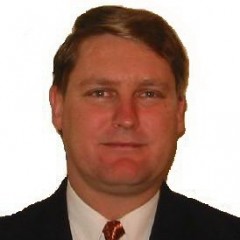