It's Going To Rain? Yeah Right!

I know we are supposed to try and write things that are more relevant to what we are doing here at Wealthy Affiliate. I've been having a little trouble writing for my site so I figured I would write about the severe storm I just experienced, as it was quite remarkable to me. It's something easy to write about and at the least I'm practicing to write. So here I go.

Well it's the last day of February and I'm out here in L.A. where the sun shines about 360 days out of the year, but this year has been just ridiculous. For the last couple of months there has been an APB out on Winter and her entourage of storms. No one knows where they've been. She was supposed to have arrived in these parts more than two months ago, but never showed. It was as though she had vanished off the face of the Earth.

Earlier in the week the weather reports started reporting that drought ridden Southern California was finally going to get it's "better late than never" and much welcomed first storm. Calling this a storm wouldn't be giving it justice. This was more like a hurricane or at least a storm on steroids. It produced giant surf along the coast, flash floods, mudslides, even tornado's, and waterspouts. There was spectacular lightening bolts cracking and exploding like the impact of a bomb, then came the roar of thunder that shook you to the bone. Animals were going bonkers and running aimlessly in the streets. Where I live we got 7 inches of rain in a matter of hours. The revenue starved ski resorts got all the snow they could ask for.

I've never seen anything like it. It was a crazy weekend here in Southern California. Earlier I wrote a short blog where I kind of poked at some of ya'll that live in areas where you're used to severe weather. I was making fun, in a nice way, about how I was enjoying 80 degree temperatures and how some of you in other parts of the country were freezing your asses off. I was also complaining about how hard it was to work when you live in a place where the weather is almost always perfect causing so many distractions.

So here comes the storm and I'm going to take advantage of it by working through it. What a better time to work than ever. You can't be outside so might as well sit down and come up with some good content for my website and advance in my training here at WA. Well, that didn't happen. It turns out that the storm caused more distractions than anything else making it impossible to work. Instead, I had to deal with the dog freaking out and peeing all over the place every time lightening would strike. There were two leaks in my roof that I had to manage constantly, and with the power and my internet going out several times throughout the 2 day storm, I got nothing done, go figure.

For those of you I poked fun of in an earlier blog, I take it all back. I have a better understanding now of some of the things you have to deal with when living in harsh winter conditions. Work is work, and whether you have to do it in good or harsh conditions, you still have to get it done. No more messing around. Time to get this show giong, WA, look out cuz here I come.

Write something…
Recent messages
Bill67 Premium
Thanks for sharing

Reply Like Like You like this
Gordi Premium
It just warmed up to -19C for the first time in two weeks, so rubbing in 80 is just plain rude!!! LOL.
Seen news on TV about your storm and traffic chaos. Poor animals. You know it's something else when they start to freak out.

Reply Like Like You like this
Tracy47 Premium
Some of us are used to bad weather, you guys in CA aren't. So, please be careful! Don't be too hard on yourself. I'm in Texas. Saturday it was 78 degrees and absolutely beautiful. Sunday it was 19 degrees and iced so bad that the kids are out of school today.

I couldn't believe they took the tents off the red carpet in LA last night and then it started to rain. Yikes! 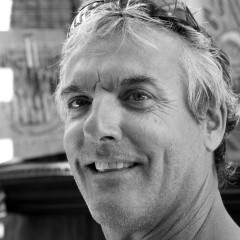