Is writing such a big deal?

Don't worry, this isn't going to be a "writing is a piece of cake I don't know why you can't do it" type of post. Far from it. Writing comes naturally to some and far less so to others.

I'm one for whom it was a real struggle.

I always read a lot, which was a help, and I've always loved books, never having less than five on the go at any one time. This thrills my wife, who does nothing but admire the two whole rooms I've commandeered as libraries and the books under the coffee table, by the side of the bed and even in our downstairs cloakroom. Every time she berates me about the bibliophilic chaos I leave in my wake, she listens to my half-hearted apologies and promises to clear up, then gives me one of those Stepford Wives' smiles that has me searching my dinner for pieces of ground glass.

When I was seriously studying English Literature at school my grasp of English put me in the top two for essay writing. My close rival and I were polar opposites; she could write page after page while I had a gift for distilling the essence of a point, writing it down and spending the next hour cleaning the nib of my fountain pen. She out-scored me because she had a gift for writing fulsome prose which my analytical, reductionist brain couldn't do. I hated writing, believing that it was for others to do and for me to read. Being mildly dyslexic didn't help either.

In later years my gift for succinctness paid dividends when writing websites, and I became known for making the unreadable, readable on technical sites, which are my specialty. Writing short pieces played to my disability too. Win-win.

However, calling yourself a writer while having no ability to really write has its downsides, and I worked to expand and build upon some pretty basic skills. As I've said many times, reading is the key. Have you ever read a few pages of a book and stopped to recap what happened in those pages, only to realise that the answer is usually "not much"? Me too, and it became my new hobby to analyse just how someone had stretched "he walked into the room" into three pages. It's not as hard as you think: Yes, he walked into the room, but what do we know about the room? What do we know about how he walked in? Why did he walk in and in what manner? And who is he, and what is his motivation? What childhood incident might have brought him to this room at this time? Who is he hoping to meet? What will they do? Seriously, you can do this for ever.

You may have seen a pretty thought-provoking video recently on social media. It concerns a man who's impatient. A boy nearly injures himself cycling behind the guy's car as he's reversing; he gets stuck in a queue for coffee, and another chap pushes in; a woman steals his parking space and walks blankly away, ignoring him; a door is allowed to swing shut in his face. You get the picture. Then a mysterious gentleman gives him a pair of "magic" glasses. They work like a piece of current software, providing labels overlaid on everyone he sees. The man serving his coffee is suffering from substance abuse and addiction; the woman driver's husband has just left her; the chap who pushes in is underachieving at work and has just been fired; the young boy is ignored at home and leaves the house every morning just to be in his own world.

My point is, nothing is ever all that you see. Everything and everybody has a back-story. Nothing happens for no reason.

When you're trying to write something always try to think of all the extra facts that will give the reader a better picture. Try to be complete, because you can always edit afterwards. Google loves long, relevant content now, so stick to your subject but offer value to your reader. He can get how tall and wide whatever you're selling is from the box. If that's all your going to give him why does he need you?

When you're writing for your website you're really talking to your reader. Don't just give him the bare facts, but give him the background on whatever your talking about. Recently a member here wrote a webpage about Soccer. He explained that the ball was made of leather, but might now be synthetic, that each team has eleven men, that only the goalkeeper can touch the ball.

But would the article have been more interesting if he'd written about the global phenomenon of Football. We would discover that some players earn more in a week than we might earn in ten years; that they attract a certain type of female girlfriend; that they have impossible to comprehend lifestyles; that many of them turn to alcohol and drugs both during and after their short careers. We could learn about true successes like Beckham, who turn into genuine role models; great sportsmen like Pele; the excesses of fan behaviour; great footballing disasters like the Man United Munich air crash, the Hillsborough disaster.

In short, football is more than just the rules, and your website is more than a description of something's size and weight.

Think about what I've written above. When I was at school I would have written the following:

"If you want to write long pieces, study how others do it and always give the reader more than the bare facts"

But that would have been no fun.

Write something…
Recent messages
mwatkins Premium
I have always admired the writing of late great mystery writer, Robert Parker. He wrote the Spenser series as well as the Jesse Stone series and some westerns. He wrote excellent dialogue and could paint the scene for you with the minimum of words. Ed McBain also was very good. Good writing really is an art. Great Post Paul

"The sunlit room was overcome with darkness, the warm air cooled with the chill that drifted in with the shady character whose head eclipsed the sun overshadowing the earth like the moon in its lunar phase..."

Reply Like Like You like this
Paul Dean Premium
Brilliant, and you've got the point, but think about not overdoing the planetary references and concentrate on the effect this individual has on the room itself:

A shadowy form moved across the usually bright room, bringing a sudden chill as it eclipsed the warmth-giving sun, sucking the life from its surroundings, draining the sunlight and filling every hidden space with a new, deeper darkness...

I was intrigued that you found it difficult to call yourself a writer when you apparently had "no ability to really write'" - simply because that wasn't true. It was about your internal confidence not your skills. You already had some skills and that was proven.You just needed to practice your craft and develop it further which is what you did. My point is that it was your negative self talk which made it difficult not ability and that's something I see time and time again when people are talking about their struggles to write.

I probably slightly disagree over the how much you tell people in an article or post because I think it depends on your audience and the context. I think there are times when it is appropriate to give facts - as long as it's alongside benefits. The back story can occasionally be too much. I'm sure we've all looked at a webpage at some point and wished the writer would get to the point! So yes one wants to add value to the reader and that may be by giving them a lot of back story but like most things it has to be done well for it to work.

Reply Like Like You like this
Paul Dean Premium
Yeah, I accept all that totally. My problem was just blanking completely, and being unable to "pad" simple facts into something rounded. I guess I'm talking to people who, like me, can't find inspiration. Yes, everything can be overcome, but everything I did was massively underdone. 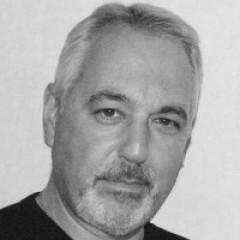