This place is massive...

Several years ago I had the good fortune of finding an incredible individual to mentor me...despite being a few months younger, but certainly not better looking, I took to his guidance and learned to think the way extremely successful people think. I knew I was fortunate to land in this "kid's" good graces because in his phone he had the private numbers of several of the most prominent business people in America today. Billionaires all...most of whom were self made individuals. I met many of these individuals, even stayed as a guest in some of their resort getaways and or main dwellings...I know, I know, you're happy for me, but a strange thing happened to me. I began to learn a few things...primarily how they think...about business, about life and so on. They all had an underlying theme...several actually and in a nutshell I will try to convey some of these ideas. Yes they were all coachable....they all had mentors, most of them anyway, they certainly all had goals and they surrounded themselves by the right type of people, at least the right type for them...but there was something they all shared...not just the attitude and I don't mean a positive attitude but I mean the RIGHT attitude. They all believed that a positive attitude can only take you so far but the RIGHT attitude can take to where you want to go and just as importantly, to where you want to stay. For them, a positive attitude was like putting fresh frosting on a stale cake...oh it looked good and it even tasted good for those first few seconds after having bitten into it, however eventually you're teeth will get down to the stale cake and that experience quickly became forgotten. So they taught themselves how to have the right attitude...They learned to live outside of their comfort zones and do what most others where not willing to do. To these individuals, there was no such thing as "Sold Out" There were always tickets available if you want to go badly enough...Every restaurant was all-you-can-eat...If you asked them who was going to be in the Super Bowl, they all gave similar answers..."ME"...they didn't care about which teams were going to be playing, they just knew they were going.

Now, I know I am sure I have bored you enough so I'm going to get off my soapbox but before I go, I want to share with you the one thing all theses successful people had in common...yes many of them shared what I briefly mentioned above but they all shared this...Action. They all took some sort of action...immediate and massive. They didn't sit around and think about it and think about. They knew time was not always on their side. They didn't study about it until their brains fizzled....they all took action. They got out of their comfort zones and they did something they knew others would not; either because they felt ill prepared or were just to afraid to do something.

The message I just wanted to convey that while this site is massive, I don't believe you have to be a master of everything before you can be successful...but I do believe you have to take action...yes, signing up and committing yourself is an actionable venture but now we've got to build our websites, learn to drive traffic to them, help others and pass along what we have learned so we can better our community both in here and where we live.

Write something…
Recent messages
AlexSol Premium
Great post!
I always tell people to constantly take action.Massive action, if possible.
Having great ideas is awesome but we need to bring those ideas to life ;) 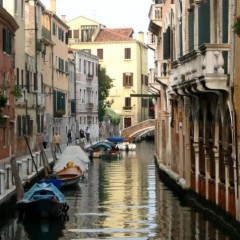 6Years
View Newbie John Profile
Follow newbie-john
Newbie John's Posts
5 posts
View all
What? No Time On Your Hands?
7 comments 5 likes
All You Can Do...
5 comments 2 likes
Truth vs Fact
5 comments 4 likes
I'm way out of my comfort zone
3 comments 4 likes
This place is massive...
1 comment 3 likes
Hold Tight!