The Curious Case of Social Networking

Social networking is all around us. Facebook, twitter, LinkedIn, Google +, YouTube and the list goes on. Honestly, there are more than I personally want to know about. Just ten years ago all I had was an email account and instant messenger and now I have accounts on Facebook, LinkedIn, G + and Pinterest, all for different reasons. I mainly interact with Facebook given that quite a few of the "friends" I have on there are actually friends and I want to keep in touch with them.

If used wisely, social networks go serve a tremendous purpose but if one is not careful, they can become addictive a lot of valuable time can actually be wasted on them. Hence, I try to use them wisely since I don't have much time to waste. I go on, I post, I share, I like, I comment, I touch base, I leave a word of encouragement and I have purposeful interaction. After all, isn't that the reason why I add people or accept their invitation or request to be added?

Herein lies the curious part. Lots of people just add others but never connect with them thereafter. I actually know some people who think it's somehow prestigious and gives them an appearance of popularity to have lots of "friends" on their network so they add random individuals from all corners of the globe, but the communication rarely moves beyond that. They are actually on a mission to have as many persons on their network as possible and to outdo others by having the most.

Of course, you can't communicate with everyone all the time, but with some people there is never any communication at all. Never a like, a comment, a view, nothing. They are just there making up numbers on your list. Some, even if you try to connect, they don't respond. I'm not even referring to people who no longer interact with the network, I am referring to people who simply do not interact with you and practically never have.

Personally, having thousands of friends, connections, followers or whatever they are called on whatever network, really doesn't make sense if there is no social networking with the majority of them. For business purposes they might still be useful, just for the sake of publicity but for personal purposes, what's the point? 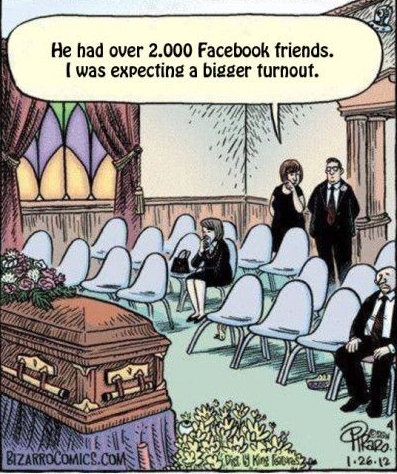 Write something…
Recent messages
SandyL Premium
When I first started facebook I connected with others who were interested in internet marketing...I didn't want any family members because this was about business. After about a month of posting, I was getting concerned because I never got a Like, comment or share. Not one! I was sure I had setup my facebook account incorrectly. The setup was fine, people just didn't reply. What upset me was...I made an effort to reply to their post but they never made an effort to reply to my posts. It was somewhat frustrating. I guess my posts, obviously, were not all the inspiring but we were 'like minded' people and I really expected some support. Another learning curve. LOL

Reply Like Like You like this
Mustard seed Premium
That is the type of thing I am speaking about. Even here on WA members' blogs, you see some members getting dozens of comments and some get few or none at all. I usually get good interaction on my blogs but I know writing a blogs takes time and effort and it could be a bit discouraging when no one interacts on it. So, ever so often I go the unanswered activity section and where possible, I leave a comment on members' blog posts that have been there for days with no comment. I'm about to do a bit of that now actually.

Reply Like Like You like this
NetLife2014 Premium
Interesting take on this. I have to admit I have way to many friends on Facebook! I am getting into G+ also I have recently joined the https://www.anoox.com network. But with the new social media outlets I am joining I am doing this for business! Sure I am meeting new people but with Google+ this new network, I am beginning to utilize these new social networking platforms just for promotion purposes!

Reply Like Like You like this
JennPGD Premium
I used to think a lot about this point (years ago). Yes, what's the point of having many friends in my list but I don't get any interactions from them?

But then, I switched it to me. I, myself, couldn't go to everyone in my list or I would just waste my time socialising without being really socialising (in real I mean). So, I stopped thinking and stopped telling them: 'it's spring cleaning time'.

Then, when I was really ill (several times before), I've got phone calls (from those whom never interacted with me) and asked me how I was doing and helped to wake me up (to ensure I was not in a coma) every few hours.

I would just stop asking and just leave them in your list, unless if they're sucking up your good energy, just get rid of them. ;)

Reply Like Like You like this
Mustard seed Premium
Funny you'd mention the "spring cleaning" part. I often find that silly because I think if you want to delete people, just do it. Great that you had got support from people when you needed it.
I myself don't have many people that don't communicate with me but the few who don't just caused me to think. The post is good for discussion anyway. We all think differently and I like hearing the views of others.

I used the 'spring cleaning' once (years ago) as I thought it was fun. Then I found it silly too. So, I kept quiet and did what I needed to do. hahaha... I know, I could be the opposite of angel too, you know. :p 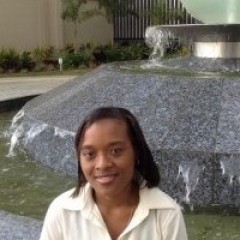