Some Methods I've Used to Fail at Internet Marketing

It was about 6 years ago that I bought my first computer and shorty became enthralled at the prospect of making money online.

I almost immediately got hooked up with a MLM company online, but had no idea what they were talking about when they spoke of things like hosting, and websites, and all the other online "paraphernalia".

In my search for information, I found Wealthy Affiliate and quickly signed up!

I was once again lost, and bewildered.

My first method to assure failure

I began listening to negative voices on WA. Even though there were far more happy people moving right along, I homed in on everything negative. And most of it wasn't even correct.

So, I paid someone in WA to get me started with a wordpress site, and took his advice to start setting up as many niche sites as possible as quickly as possible. And listen to heim tell me everything WA was doing wrong until I cancelled my membership.

And it wasn't long before I had a bushel basket full of domain names and websites.

Even though I had no single clue how to proceed: without the help of WA.

My Second method to assure failure

I was still new to the internet and signing up for every optin box I came by. That multiplied the number of offers I received each day for webinars and sales adds.

I began following some big time gurus and buying everything they sent my way.

I have today hundreds of small courses, software, and tools that I paid for — that were probably useful to people who were at the place to put them into operation, or even to know what to do with them.

I wasn't close to the place in internet marketing to know what to do with what I was buying to make it a profitable investment. And most of it was complicated far above my knowledge.

The further I saw myself getting behind, the more "stuff" I bought — while it was only serving to confuse me more.

My Third method to assure failure

Even though I had a lot of niche sites (that weren't profitable because I was WAY too strung out, with no knowledge of what to do with them):

I started going down different avenues.

I paid a pretty hefty monthly fee to a reputable niche site provider, to start even more niche sites.

Those sites involved me learning to write, format and publish kindle books on a regular basis.

But I had never learned the basics of how to do anything with a niche site to make it profitable, or get enough traffic to it.

So after a time, I stopped moving forward on that idea.

My Fourth method to assure failure

One of the things all of my skirting around the internet had shown me was that I really loved playing around with writing.

So, I invested quite a sum of money into another reputable course to teach me how to write books and make money with them online and offline.

I left all of my websites dormant and took up learning to write and publish books.

Well, I would have maybe learned how to do that if I had stuck with it long enough.

I finally just stopped, because I had by now spent a couple of tons of money, and was barely getting any in return.

The list includes even more: Like a $1000 dollar course that I know people are becoming wealthy with every day, but after I got into it, I was just not interested?

Problem 1. That the main problem I had was not sticking to something until I overcame the obstacles and knew what I was doing.

I don't think any one of the dollars I spent or the time I spent would have been in vain if I had stuck to one of them for the duration. And the duration is to I understand the process completely.

Problem 2, or maybe #1? I was letting negative voices from people right here on Wealthy Affiliate lead the way to my own beliefs about what was going on.

(And I think that this very day, the people on WA who have been here years and still promoting negativity on the chat boards should SHUT UP! Of course you can see better ways. who couldn't. But you are putting seeds of your negative thinking into less mature people with less experience. And your seeds are just as destructive as the scams you write about each week!)

Leaving Wealthy Affiliate was, in hindsight, my biggest mistake. Even though it was quite a bit different then, the information that I need was here, all in one place.

Wealthy Affiliate has grown astronomically in the value for making money online since then:

And after spending literally thousands of dollars on the internet, I am sure it is the absolute best place for beginners to learn the skill. And believe me profitable internet marketing is a skill, not a gift.

There are plenty of place to enter affiliate marketing and even get your own website set up for you:

But without the core of websites, marketing, writing, and all of the other paraphernalia that goes with it, you never learn what you're doing. Or how to take the next step, or even what the next step is.

I can't tell you how much more crowded the web is now than just 6 or 7 years ago, and how many more are dropping out because of the lack of core knowledge, or where to find it.

Wealthy Affiliate is the place to begin your journey and finish it!

After being back only a few months I have tore down all but a couple of my sites, and am learning and concentrating fully on learning again from the bottom up.

I refuse to even look at any other avenues to online money, until I have mastered this one.

Because my real passion after all, is learning affiliate marketing. From the Best!

Write something…
Recent messages
Roybretton Premium
Hello Mike, what a fantastic blog post, I can relate to this, my story is very similar! I started working online about 12 years ago and it is very easy to go from one shiny object to the next shiny object! Wealthy Affiliate offers everything you need to make money online. I joined Wealthy Affiliate a couple of years ago, after learning the hard way, I wish I found this membership site years ago.

All the best to you Mike, Roy.

PS: I'm intrigued as to what type of tractor is under the cover in your profile picture Mike? I've always been someone who's had an interest in agricultural and horticultural machinery, old and new!

Reply Like Like You like this
MikeMahaffey Premium
@Roybretton
That is my neighbors 50 something? ford tractor. It runs, but he has no use for it, but keeps it because it belonged to his grandfather.

I am from the city, but now live in n.e. ms, where the large majority of people who live here that are my age grew up as share croppers many times without shoes?

It's amazing how times change Mike, we need to be thankful for everything!

Enjoy the rest of your week, Roy. 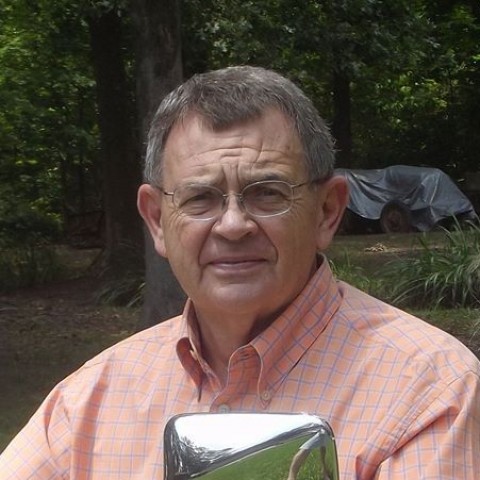