Google Can Be Ruthless!

Google can be ruthless ... Two and a half years ago was the first time I decided I wanted to be an affiliate marketer. I clicked on a paid advertisement while searching Google for ways to make more money  online from home.

It was called the Spiderweb marketing system....Woooo!!

Following along with the video tutorials, I set up my very first PPC Google account, plugged in all the THOUSANDS  of pre picked ads and keywords and got ready for it to start making  me some quick money!!!!.....NOT!

After two days of running this campaign, it didn't take me long to figure out I was racking up some serious Google charges and was way out of my league.

I immediately stopped and deleted the campaign, vowing to never do that again until I knew what the hell I was doing and have never ran another campaign, until 2010 when I joined Wealthy Affiliates.

After four months  of PPC studying at WA I was  pretty confident in my ability to start putting together campaigns promoting WA  on my Google account, everything was looking good I was getting 7/10 quality scores, I didn' t  have any problems  with my landing pages, according to Googles tools everything looked good......Hmmmm???....but my ads would not run??....and it didn't matter how much i bid on some pretty broad keywords.

Finally after contacting Google they told me that the campaign I ran in 2008 with  Spiderweb marketing system used some bridge pages that were not acceptable and that my account was permanently disabled. No ifs, ands, or but's, and we will no longer discuss this with you.

Talk about getting slapped  right out of the gate by Google....oouucchh!!!

The spit is still flyin!! (haha)

But that's O.k.,..... I continue to try and kiss their asses cause I want their traffic. If theirs a will there is a way. I'll just have to run more campaigns with bing and Yahoo. 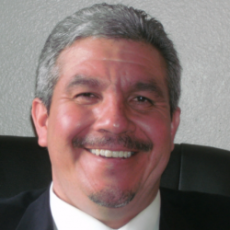