My Progress so far at Wealthy Affiliate

Well, this has been a very interesting and enlightening course for me so far. I have upgraded my account to yearly membership as, not only did it save me money but it gives me more time to get things up and running.

I had been working on a website on the subject of 'Edible Insects' and although I was getting good feedback from WA members but I found myself a bit out of my depth with the subject. I stopped working on that site and have started building one on a new subject, the subject being 'nootropic drugs' which are not actually drugs that are prescribed by a doctor but drugs that you can buy in a health shop or online. The site is called; http://nootropicsnew.com/, it is still being added to so it isn't yet the finished article but it is going very well.

In the next three to six months it will basically be more of the same. Once I am happy with the 'Nootropics' site I would like to start building another site, I have a few ideas for subjects so I can hopefully get started on that in the near future. As the saying goes, 'onward and upward'!

Write something…
Recent messages
BobBrooks Premium
That is awesome and love your website edible insects, have bookmarked and find it a very interesting topic 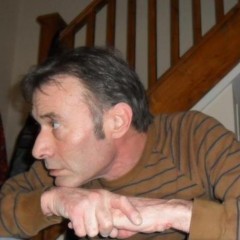