Remember Your Priorities! (A Quick update)

I've been less active within the community for the past couple of months so I thought that I little update would be in order.

First of all, I'm doing fine, except that I'm extremely busy with work, my business and life in general. I realized I had limited resources so I had to prioritize my efforts.

For the time being, especially with the lock down and all, I had to set my day job at a higher priority as people are dependent on my services and this is the busiest time of the year. So I've been putting in some overtime.

I had to reduce my efforts on my business a bit because of this.

For the beginning of the year I managed to squeeze out 5 to 7 posts every week. I've reduced that to a more sustainable 3 to 4 posts until I get more time in my hands.

But the thing I had to almost totally give up on has been being active here within the community.

I try to answer a question here and there, but the reality is that I don't have enough time to sustain my activity levels. As is witnessed by my rank plummeting down from somewhere in the 40s to 159 currently.

But I'm not sad or worried about this. I know the community is here for me and I'll help people out myself when I have the time. The rank is nothing but a number. You can always reach out to me with a direct message, I still check them daily.

I had a goal of becoming an ambassador this year, but honestly speaking my priorities need to be elsewhere right now. I have all the time in the world to achieve that later on when I have more experience and time.

As for my business, things are progressing very nicely. Let's just say that I like the upward slope of this traffic graph on the site I've been working on this year: 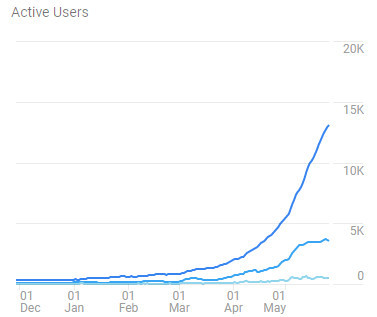 My other site has been sitting on back burner for almost 9 months and it has settled on a very stable amount of traffic that's bringing in consistent monthly income. A real proof of "passive" or "residual" income!

Amazons ridiculous stunt with the commissions last month have reduced that revenue a bit, so I'm going to need to find better affiliate programs for the most popular posts in the future. But that's still on hold.

I have 4 months of holidays booked from work for the end of the year but since the lock down has made our planned trip around Europe very unlikely, I'm probably going to try my luck of getting some of those moved to the summer. Which is by the way finally here!

Last week it was fricking snowing but today it was already over 20 degree Celsius. Now the only problem is that I'm sitting in front of the computer 16 hours per day, lol!

P.s. The pic is from yesterday. I managed to put our boat on the water and make a quick spin. The water was almost still on the lake! The lock down has made me really appreciate the beautiful nature we have here in Finland. It's just the winter that gets under my skin, lol!

Write something…
Recent messages
Tiga1 Premium
Congratulations on your success 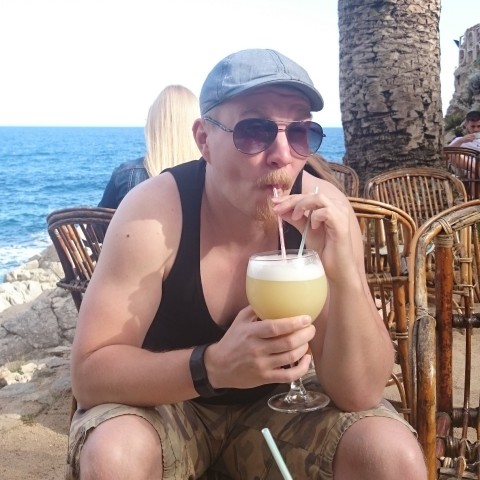