This is the follow-up to my Excited ,Apprehensive, Excited blog.

Yesterday we drove back from Gloucester after watching 'Chloe's Boys' cross the finishing line with her, on Saturday at midday. It was fantastic.

We drove up from Cornwall early on Saturday morning and arrived at Chloe's school at about 9.00 am after a 4 hour drive. Not long afterwards Chloe and her family arrived to set up the reception party for Chloe's Boys.

The Mums were on the iphones and ipads eagerly checking their sons progress to be ready for their arrival.

Everyone was getting excited again, no apprehension this time just Excitement, especially the 'little lady' herself, Chloe. She kept saying that she couldn't wait to see her boys again and was over the moon that she would be crossing the finishing line with them.

Now, over the years I have read quite a few inspirational and motivational books from authors such as Zig Zigler, Alan Pease, Eric Worr, Tom Barrett and of course Tony Robbins and as much as I loved everything I've read from these guys and been motivated and inspired by them, I'm afraid they don't come close to the positive inspirational energy and motivation to get going, from meeting Chloe Taylor from Gloucester. This weekend we met her for the first time, my oh my, she blew us away. She is always smiling, bright as a button, as smart as a professor and a great listener, oh (and talker).

Seeing Chloe on screen is great, but meeting her in the flesh is something else, she is just totally infectious. In a heart-beat you can see why the boys made their decision to raise funds for her. After She crossed the finishing line with her boys, with her family she asked everyone to make their way to the school hall for a special presentation that Chloe and her sisters (with some help from mum & dad) had arranged.

It was a really party atmosphere and no-one seemed to mind the smell of 10 fully charged testosterone sweaty males. BBQ, food and drinks were laid on (it was originally set up outside but due to the great British weather) we had to quickly moved indoors.

Chloe and her sisters had a great 'thank you' speech for the boys prepared and then Chloe presented each of the 10 guys involved in the run with a medal, restaurant meal ticket and a bottle of local cider. All 10 bottles were consumed within 2 minutes of them leaving the stage, I think the many days of abstinence for these tired Rugby guys needed to be quenched. Then it happened ........ everyone was gob-smacked, and most of the ladies and a few of the males had tears streaming down their faces, I had a massive lump in my throat............. Chloe Walked a little way across the stage unaided, the Excitement, (and the feeling of inspiration) were raised again, just amazing and so soon after her operation.

After she came off the stage she just wanted to cuddle her boys.......

After these photo's, I asked Chloe which one of her boys is she going to marry, without hesitation she said Bateman, well I said that means you get me as your father-in-law (she didn't seem to mind). but then later on after her boys had gone this happened.......... 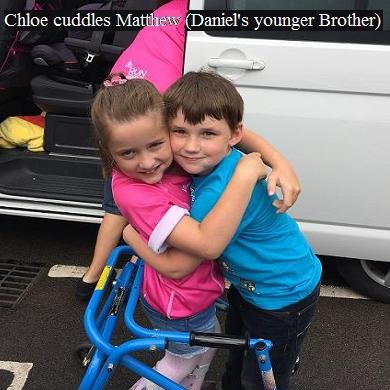 I think as the father of both, I will keep out of this, and for this little girl to love both my wonderful sons is a blessing.

The tongue-in-cheek amount of money the boys were hoping to raise for this run was a massive £10,000, which when Daniel told me I agreed was a fantastic target. He told me that they all agreed to work hard and if they managed to hit £5-£7,000 they would be over the moon. I suggested to him that £10,000 would be a great goal to aim for as goals need to be realistic but make you stretch.

Your goals here a Wealthy Affiliate (and in everything you dream of achieving should be set in exactly the same way.

£10,000 is a nice round figure, and equates to a fifth of the total needed to pay for Chloe's physiotherapy and rehabilitation over the next three years, which will ensure her operation is a success.

Due this run, I understand Chloe was interviewed on ITV local news tonight (the clip can be seen on Facebook).

I also understand now that Chloe's Boys (as of tonight) have raised over £15,500 and there is still just under a couple of weeks to go on her just giving page.

You see, make yourself stretch with your goal setting and you can still smash your target. We can all do it here at WA , 101 Wealthy Affiliates each by Christmas is possible lets really try and give Kyle a headache with his seating arrangements at the Vegas meeting.

Good luck everyone with your goal setting, Go For It.

If you would like to know more of Chloe's story you can check it out here:-

Raising funds for Chloe's dream of being like other seven-year-olds ..

I hope this has been an enjoyable read, and that you feel inspired by a little girls courage and determination, and also her boys who surpassed their goal by over 50%.

Write something…
Recent messages
billyserres Premium
thanks for make it known to us all! 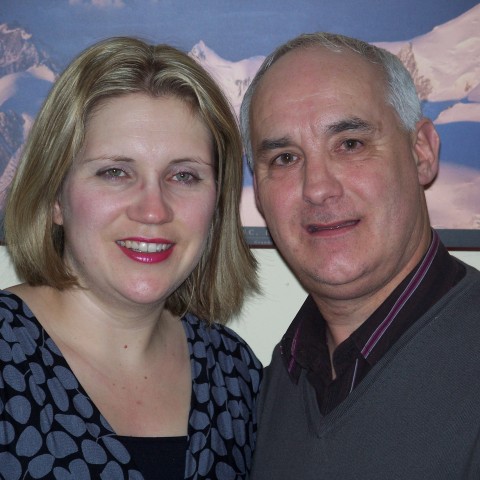