I'm new! What's this "Affiliate Marketing" thing and how does it work?

If you're new to Affiliate Marketing, you may well be finding everything a bit confusing. There are lots of terms people use, lots of complicated software, and it's easy to feel like you don't know where to start.

So here's a five-minute guide to the very basics of Affiliate Marketing!

There are thousands of ways to make money on the Internet.

But they all boil down to one simple formula:

So how do you find your thing to sell?

Well, you could create it yourself, of course. But that's a lot of hard work - and there's an easier way.

That easier way is what defines Affiliate Marketing.

Bounty Hunting For Fun And Profit

A lot of other people already have products they'd like to sell more of: from paid dating sites to mortgages to online games.

So they offer a "bounty" to anyone who can persuade people to buy them. If you can sell the things, then you get the bounty.

That's the basics of affiliate marketing.

But it gets better: a lot of the time, we don't even have to sell things.

We just find people who might buy the thing.

And Even Easier Than That...

Finding people who want to buy a product is hard. But f you can persuade someone to try a product for free, they're much more likely to buy it afterward.

Unfortunately, on the Internet, it's no longer very easy to persuade people to try things, even if they are free.

That's where we come in.

A lot of business people are willing to pay a bounty for trial registrations - in other words, for getting people to sign up to a website for free.

If you can make adverts that persuade people to sign up to a website that's paying a bounty like that, you can make a lot of money.

And that's just what we'll teach you to do.

Here's An Example Of How Affiliate Marketing Works:

Adam runs a dating website. He gets money from his users, but in order to grow his business, he needs new people to sign up all the time.

So he offers a free trial of the site.

But he still has to find potential users and persuade them to sign up. So he offers a "bounty". Anyone who can persuade a user to sign up gets $4.

Bernhard, the affiliate, hears about this, and thinks he can persuade people to sign up to that site.

But where's he getting the people from?

Bernhard buys advertising space from Chanin, creates some great adverts that attract the attention of Chanin's site's users, and sends people who click on those adverts to Adam's site. A fair number of those people sign up with Adam's site, and Adam pays Bernhard $4 every time someone signs up.

If it costs Bernhard less money to buy the advertising space than he make from people signing up to Adam's site, he's in profit!

The Numbers Behind Affiliate Marketing

First, you need people. A lot of people.

Affiliate marketing is a game of big numbers.

That means that for every "conversion" (signup) that you get, you'll have shown your advert to between 700 and 50,000 people.

The "bounty" that you'll get paid for each conversion is about $5.

That means you need access to a whole lot of people.

We call the places you find these people "traffic sources". There are many, many of them.

Some of the most common sources of traffic include:

 Running a big, successful website which you control and can put adverts on. (this is what we will create in WA)
 Using Search Engine Optimisation techniques to get visitors from popular Google searches to a website you control. (this is what WA teach us all)
 Paying the owner of a popular website to let you place ads on their site - anything from a popular blog to Facebook.
 Paying an "advertising network" to let you place ads on dozens of sites that they manage adverts for.
 Paying for ads in a mobile app or other software that's supported by advertising.

Generally, paid traffic source will always have greater impact and faster results (although you need to spend some money again). There's a lot of it out there, it's surprisingly cheap a lot of the time - and if you can make more $$$ than you're spending for your traffic, you can scale up to huge incomes.

Examples of specific traffic sources we use include Facebook, which is quite restrictive but very profitable for people who master it, and the advertising agency Go2Mobi, which handles the mobile advertising space of hundreds of top sites across the Internet.

To learn more about traffic sources and which ones are best this year, I will create another post later on

How To Make A Profit From AM

So how do you make more than you spend? Well, that's where the skill comes in.

Affiliate Marketing is half-way between a science and an art.

The art part is persuasion: we think about what we're offering, we think about what our audience wants, and we try to bridge that gap. We come up with ways to present the offer, we find images that will entice people. Basically, we're Don Draper from Mad Men.

But most importantly: we don't just try one thing.

The secret of making money in affiliate marketing is this: try a lot of stuff.

You can never, ever predict what ad will work and what ad won't, or what offer will sell to what audience.

So the way to make serious $$$ is to keep testing.

We test, we experiment, and we record results.

Other guides by me will be written later on.

And the good news is that if you keep testing, sooner or later, you will find massive... PROFIT!

Write something…
Recent messages
SueReiners
Very helpful for this newbie thank you for clearing things up.

You are 1 of billions of people who have found this great place, and that means you are Incredible my friend 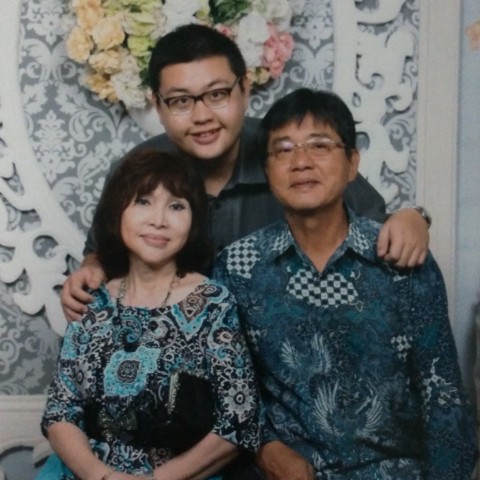