I haven't updated my blog for almost 6 months now to give you a heads up of what i am preparing.I know i have not been an active member of the WA community the last period.But that doesn't mean i stopped researching, learning and practicing Internet Marketing.

The last 3 and a half months i have a day job, from 8:30am to 5:30pm daily.I work at a small company as an assistant accountant.I am feeling very tired when i get back at home and my mind is not clear enough to practice IM and to learn new stuff.

I currently make almost 1000$ per month from IM.Not in the way i wanted to or hoped to(affiliate marketing, email list, micro niche websites earning from Google Adsense,Amazon or CPA offers) but it's still 1000$ from IM!That's pretty awesome right.

I make 300$/month offering a service in Fiverr and the other 700$ come from a small web design and IM company here in Greece called  Greek Internet Marketing. I have 2 clients, promoting them, i write articles, i make informative videos in Greek and forum posting.

I just wanted to give a heads up to all the newbies that are feeling disappointed because they are not make any money. I became a  member here at 19/04/2010 and my first money came 4 months later.And it was just 4$!But that was important!I realized that this thing was actually WORKING!

Don't give up on your dreams!Believe in your self!Dreams come true!NEVER....NEVER GIVE UP!Read again the last sentence.

Write something…
Recent messages
The Dressage Husband Premium
It is still marketing the Internet though not using it to make the sale, that does not matter at all keep it up and here's to your successes!

Reply Like Like You like this
jatdebeaune Premium
Hi Dimitris. Welcome back. There's more than Affiliate Marketing to IM. Congratulations on applying your skills in many directions. That's entrepreneurship.

Reply Like Like You like this
muskyblood Premium
Good stuff Dimitris. You have a great positive attitude that will help you go a long way with Internet Marketing. It is nice to see you active here again. Keep in touch. 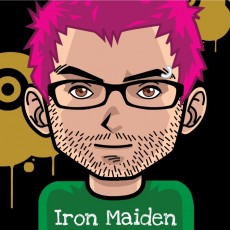