I'm Thinking I Need To Get Started

Last Update: February 28, 2013
So, I've been on this trek for a while now. What trek you ask? Well, the one to unlimited wealth and world domination of course!!! (MANIACAL LAUGH!!) Seriously, I've had this dream of passive income for a long time and I always felt like the internet was a big part of that. The thing that often stymies my ambitions, however, is the start. You see, I'm something of a perfectionist or idealist, and that often keeps wonderful ideas and ambitions trapped within the confines of my own head, never reaching the light of day because they're not completely thought out. There's much more I could say about this, probably a book's worth at least, but the point is I've never really started much and that lack of a start has really been biting me in the you know where lately. Hence the title of this post.

I'm thinking I need to get started.

You see, I've passed the halfway point in life in terms of years, and I'm realizing that more is behind me than in front. The hands on the clock (digital now...so much for that imagery!) are moving faster and I've got to begin to have something to show for my time on this earth. I think more and more about what I've been given and what I'm doing with it. I don't want to be the servant who buried his talent instead of investing it (Matthew 25:14-30) and was considered wicked by his master. I want to be fruitful with what I have. I also want to leave a legacy and a model for my daughter so she won't struggle in the same ways I did.

Now pushing past my fears, accepting my imperfections, and placing greater value on all that God has blessed me with...

I think I'll get started!
Join the Discussion

Write something…
Recent messages
Hudson Premium
Hi, know what you mean. However you have just made a great start by writing this post. Keep focused like this and getting started will soon be way behind you, good luck
Regards
Hudson.

Reply Like Like You like this
hil1972
I can really relate to what you are saying about being a perfectionist and not getting started. I am 40 and not married with children and I feel i really need to make it this business of internet marketing, because theres not as many options when you are 40 and over to get wealthy. I hope do really well here on Wa. If you get stuck on something and need help, dont worry somebody will help you here. 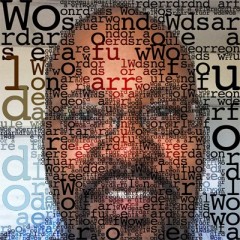