A Bit of a rant on the difference between people that are successful and people that think they are.

Many people have situations in life that they hope to improve.

It can be that they hope to lose weight, hope to be more financially free, hope to better their business, etc.

The people who succeed are the people who don’t lay on the couch hoping for success… they make it happen, they get motivated.

They get up, go out and work. They won’t stop, even when they’ve achieved their goals.

Very recently, I was on a friend’s Facebook, and I was looking at one of their posts.

They have this desire to cut negativity out of their life, get a solid income and to take more control of their life… but at the same time, they’re upset they missed one of their favorite TV shows or hungover from a night of partying.

And I’m just sitting here… just thinking of how that works.

I guess I would picture myself sitting around watching TV or at a nightclub partying and as I’m doing this, I say to myself:

“I hope I can hit all my targets for 2014… why are all these people successful and I’m not? What am I doing wrong?”

FOCUS, put in the work and get motivated.

They’ll say stuff like, “I can’t find the time… I’m super busy.” But what they should really say is,

Because here’s the deal…

Most people who say they don’t have time to improve their life, hit their goals, etc, are the same people who will watch TV every single night.

There the same people instead of staying home on a long weekend to get work done, they go out and party, etc.

And to be honest… I don’t know anyone who became successful by watching TV, going out for drinks, playing video games, etc. Being successful is doing what ordinary people don’t do.Cut the the excuses, cut the crap, get motivated, get work done.

For a busy schedule do these following things:

Start listening to audio tapes, listen to them on the drive to work, working out, at the gym, on walks, while you’re cleaning your house, etc. Basically any chance you get, listen to audio tapes.

Start working out, after a long day of work, force yourself to go to the gym… just do it, even if it’s 30 mins.

Cut the bull crap out of your life, stop watching TV, stop wasting your time on activities, stop with anything that doesn’t benefit you.

Reply Like Like You like this
FreedomTime Premium
@danbarth87
Thanks! to be honest I used to have a lot of these bad habits. You really do notice the difference though. like that quote "Be the change you want to see in the world" :) 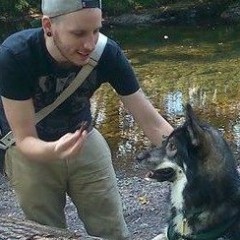