Well I took Chystohers suggestion and went through the list. International Tiger Day was definitely the option I took because the Tiger with all its beauty and majesty is my very favorite animal by far.

I looked up this International Day because I didn't even know there was such a thing and you know I am so glad that I did. Tigers really do need to be given recognition, tigers numbers are dwindling at an alarming rate. These magnificent creatures need to be highly protected.

Originally this was actually Global Tiger Day to commemorate the introduction to protecting Tigers. Since the 20th Century the Tiger population has been reduced from 100,000 to just about only 3,200 on the entire planet. 96.8% in just 20 years that is catastrophic. This is mostly due to habitat loss. More and more people are encroaching on their habitat and killing tigers for raiding chickens, dogs, cats and even people at times. We are leaving these beautiful creatures with no territory left to hunt, so they have learned to get food the easiest way possible to survive. The more land we take and build up for our own growing needs the less all animals have to survive on. They don't know any better, they kill for survival for themselves and their babies.

I read a Tiger needs to eat 50 deer-sized animals or 6,600 pounds of living prey every year to stay alive or they starve. However, because of habitat encroaching we are depleting their natural prey.

Today in 2020 Tigers are extinct in the wild but few of these magnificent cats live in captivity. This is according to Media and UN reports. Poachers are hunting these Tigers for their fur. This is illegal but it has not stopped these horrible people from depleting these animals to literally extinction all for money. In fact as a side note 2/3 of the Worlds wildlife population will be on track to extinction by the end of 2020. That is deplorable.

Snare traps, shooting, and holes dug in the ground covered by brush are being used by not only poachers, but villagers that encroach on the habitat of every species. We keep building and building until there is no where for our wildlife to go.

Since snares are clearly inhumane by any standard and should therefore be illegal, why are they are allowed here in Alberta? Because the provincial government has declared them--although they have never been officially tested—to be “lethal/killing devices!” Until proven otherwise, their use can continue. Because of this stance, animals across this planet are doomed to suffer lingering deaths in these inhumane and barbaric torture devices.

Here is an example from Change.org 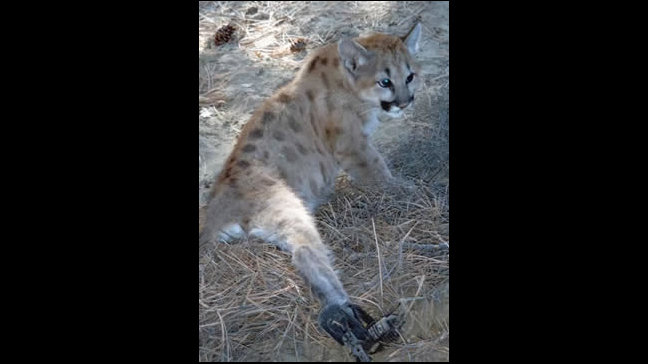 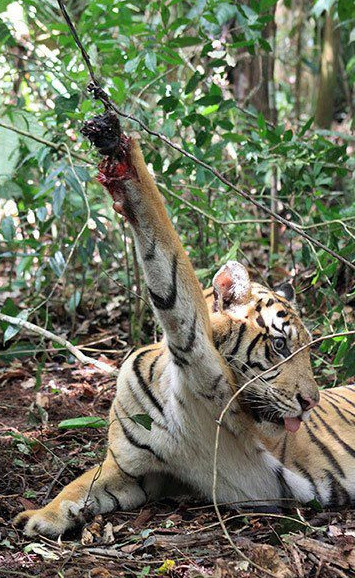 This is just a couple of the hundreds of thousands of pictures out there on the web that depict how horrible these poor creatures are being killed. Change.org is an organization that is trying to stop this kind of killing as well as save our wildlife from going extinct, like the elephant and the blue whale. Why are we killing our planet's wildlife in such a horrible way?

If you are sickened by this please go to Change.org and petition to stop this terrible, inhumane, and torturous method of killing as well as to save our wildlife. Including our wolves and coyotes. Every species of wildlife on land, in our oceans, and in the air is a vital necessity to the Worlds eco system. If we allow them to come to extinction we have done an injustice to our selves and our planet.

Thank you for reading and having a heart. Deborah 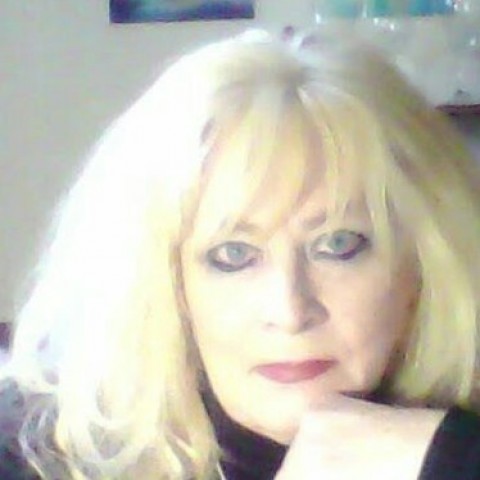