Last Update: December 19, 2012
When you get hired for a job, there is something called probation period or training. When you are on probation on a job, it is just to see how well you do in the position you are working in. It don't last too long. Even before the probation period, you have to be trained. In the training, you are taught the ins and outs of the job, how the job is done, and also the do's and don'ts of the job. The do's and the don'ts is where the Do as I say, Not as I do comes in.

Whoever is the one who conducts the training, they are the ones that tell you what you can do and what you can't do, which is fine. The problem is after the training is over and the real work begins. People who are very observant will begin to see the problems that is inside of the company. Mainly how people follow the rules of the company. Again, this is where the do as I say not as I do comes in. Everything that was told in the training, goes out the window for many in the business. Starting with the Supervisors, to the managers, and if you worked in a call center, the monitors. Just because you have watched a lot of people break the rules, they still expect you to follow them. There are some people that feel like they can do what they want because they have so much pull with the owner of the company. That is a huge problem.

The problem is, if the supervisors are not following the rules of the company themselves, they cannot expect the rest of the employees to listen. That is what you call being a hypocrite. If they want people to follow the rules, the supervisors, managers, and monitors have to do the same. Now, there are people who have respect for the business that will listen and respect the rules. The ones that don't, is because they have become so close those in charge until whatever they do, those that are in charge will not do anything about it because they are not in the position to, they are not following the rules themselves. How can they tell someone else. The point is, If we are going to run a business correctly, one of the things we must do is follow our own rules and make sure the employees follow as well.

If we are going to run a successful business, the most important thing we need to do is practice what we preach. We can't have rules if we don't follow them. We can't tell people what to do and what not to do if we are going to do the opposite. We have to set the example for others. One reason why businesses have bad reputations is because of the people they hire. They hire people that have bad attitudes, don't care about the business or the rules and want to do what they want. They bring the mentality they have in which they live, into the work place. This is another reason why business get so many complaints. When you have employees that don't care about the customers or their job, the customers will get poor service.

It is very important that business owners keep running their business smoothly , and make sure that the rules and regulations of the business are being followed. If not actions should be taken. Things that go on in the company or business that are not suppose to go on should be dealt with immediately. One thing we have to keep in mind is that, when a person sees how the business is being run, and they know its not right, they begin to realize that they don't belong working in a business that is not being run properly. Because they know that they are business minded people, They know they don't belong there. Business owners will find themselves looking to hire more people. Its time to clean up the business.

In my experience in working, I have see a lot. The last job I had, was working in a market research company. I thought the job would be good for me. I was wrong. Just after starting the job, I began to see so many things that were wrong about the business. Everything I was told at the training, the do's and don'ts of the business, it all went out the window minute I actually started the job. I began to see the very same supervisors, managers and monitors violating every rule that I was told. I began to see the male supervisors getting too close to the female employees. I also saw people that were hired along with me, they quit their jobs a few weeks later. It didn't matter to the company because they hire people everyday. The other thing I saw was that the type of people they were hiring, were not mature. Some were and some had the mentality in which they lived as I stated earlier. This is why I would rather go into business for myself, and surround myself with business minded people.I hope the businesses that are outside the internet do better.
Join the Discussion

Write something…
Recent messages
donwamba
Just as in life do onto others as you want others do unto you. So if we want people to follow the rules then we must follow it ourselves. We should live by example. Thanks for the post

Reply Like Like You like this
theos
Wise decision! Doing your own thing is not always easy but organisational politics do not affect you. Thanks for sharing. 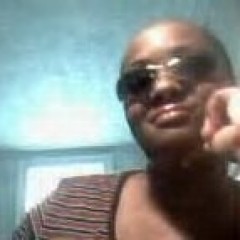 1
View Eward's Profile
Follow eward
Eward's Posts
8 posts
View all
Making Changes In Business
26 comments 7 likes
How To Monitor Your Business Rep...
5 comments 0 likes
control
8 comments 6 likes
DO AS I SAY NOT AS I DO IN THE B...
4 comments 3 likes
Getting Feedback to your Busines...
2 comments 1 like
COMPLETING TRAINING COURSE
2 comments 2 likes
Business Etiquette
2 comments 1 like
so many ideas
2 comments 1 like
Hold Tight!