Set a Goal and charge.

Last Update: March 25, 2013
I will remember that night forever.
I was a young soldier, minutes before one of the toughest training hikes of the whole training period. It was about 23:00 in January 2000, I was freezing cold, geared up, face painted and waiting. These moments seemed like forever.
As I waited for my unit's officers to arrive and kick off the drill, we all had time for ourselves.
I remember how scared I was and how this long, long way ahead did not seem to have an end. There I was, paralyzed with fear of the unknown, unable to even think about the possibility of successfully finishing standing on both feet.

Right then and there I could not care less about patriotism. All I could care about was the hot shower waiting at the end of that long cold night. And then I realized what my goal was.
We started walking. After a few hours, when my shoulders began aching and the backpack became heavier, my goal painted in my head became very much alive: I imagined what it would be like taking off my boots and gear, stretching, having tea… I could almost feel the warm water of the shower, the clean towel, the rest.

We finished that drill early morning, and let me tell you, it was sweeter than I imagined. I could not believe that feeling, and I remember laughing at where I was only 8 hours ago. That night has taught me to set a goal and charge. The moment I pictured my hot shower everything became easier and I was eager to start walking, because I knew each hard step uphill drove me closer to my goal. The scariest time was right before taking that first step, but once I did I knew I am getting closer to where I wanted to be.

After nearly two weeks here at WA I am certain this journey is going to be one of the toughest things I have ever done. But I have my goal printed out and hanging above my computer desk to serve as a lighthouse – and that's where I'm going. It can be a figure, a photo of a beach or a sentence. Just hang it above your desk and have a look at it from time to time. Remember: getting there, as hard and confusing as it may be, is technicalities. Just start walking. See you at the end!
Join the Discussion 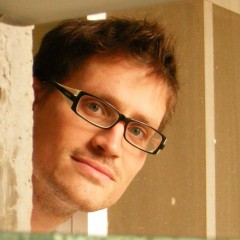