Google "Tell Me Something Good"

Yesterday I saw the news about the shooting at a Jewish Synagogue in Pittsburgh, Pa. This breaks my heart. I expect more from us - haven't we learned that violence, hurting people, and hate will never make anyone happy? I am saddened that here in 2018 we still have not realized that we are all basically the same - regardless of our color, religion, sex, or sexual orientation.

The Dalai Lama once said: "In our quest for happiness and the avoidance of suffering, we are all fundamentally the same, and therefore equal. Despite all the characteristics that differentiate us - race, language, religion, gender, wealth and many others - we are all equal in terms of our basic humanity."

Everyone in this world wants to be loved, respected, heard, and treated with compassion.

How do we prevent terrorism?

Terrrorists are not born they are made. And by terrorist I don't just mean someone who crashes a plane into a building or blows up a church, I'm talking about people who curse and throw money at a hotel clerk, because she is Muslem, or a police officer who assumes an African American is doing something wrong, so harrasses them, or worse shoots them without cause. I'm talking about the day to day racism, microaggressions, cruelty and disregard for other peoples feelings because "they are not like me," or worse - because "they are worth-less than me." To me this is all terrorism, when we treat others who we do or do not know, with disdain, disrespect, or hate, just because of some perceived difference.

Our Differences are Our Strengths

I could argue that really, genetically we aren't that different at all. Even though we may look different on the outside, at our most basic, we are not. But the truth is, I love that people are different, look differently, think differently, worship differntly. I think that it is our differences that are what can make us happier, stronger, and more successful in this world and life, but only if we are willing to open our hearts and love people, not discriminate against people. Embrace our differences not fear them.

We are the Ones Who Lose

By not encouraging and supporting every person to attain their highest potential, regardless of their race, religion, sex, or sexual orientation, we are the ones who ultimately lose. We lose great doctors, engineers, artists, muscians, authors, inventors mathmaticians, scientists, and much more. Our differences are our strengths. What a horribly dull world we would live in if everyone looked the same, if we all ate the same food, lived in similar houses, and how would we ever get jobs - everyone would want to do the same thing!

If terrorists are made through hate, because they feel disenfranchised, alienated, and powerless, the antidote is to see each person as a person who has something to offer, help people when we can, and if we cannot directly help - support local, state, and national programs that do. Help women, children, and men regardless of their race, religion, or sexual orientation. Everyone has something to offer, everyone, if given the opportunity. This may seem overly simplistic, but I think that even the smallest changes can have a big impact.

Connect to someone every day. Try to say or do just one thing a day or even a week --- that builds somone up, even if it is as simple as a smile and acknowledging their existence. There is a lot of hate, cruelty, and poverty in our world today, but there are also a lot of people trying to make it better. Let's also be a positive influence in the world. Don't allow discrimination when you see it, speak up and speak out. All of us working together can make this world a better place for everyone regardless of race, religion, sex, or sexual orientation. The Buddhists have a saying "Compassion is good, but true compassion is active." Let's actively try to make this world a better place.

And if you need some good news, just say "Google, tell me something good," and connect to something good that's being done out there.

That's why I enjoy WA, there seem to be so many people doing the same thing but it different ways, and from different points of view, bringing different backgrounds and experiences to the discussion. I am attracted to the willingness of people to help others, and even though I am very new to WA I find I can still help in little ways which makes me feel connected to the community.

I've never actually thought of seeking out good news, I usually just let the news come to me.....but I'm going to do so in a minute. 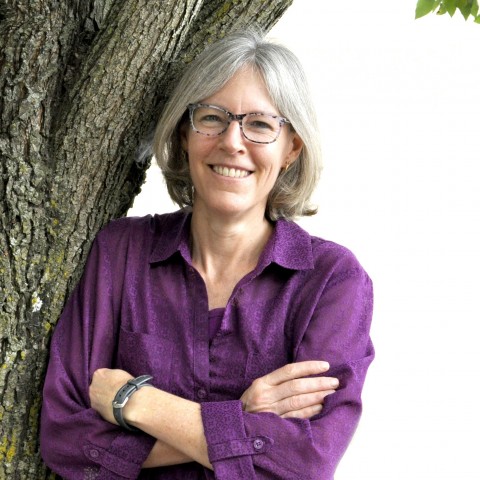