I'm so tired of being, "politically correct", it makes me want to puke! I'm an ol timer who believes in the ways of old. And to see what this country is becoming makes me want to scream at the top of my lungs, "WAKE UP PEOPLE"! I just believe we need to grab hold of some of the the characteristics that made this country great, like many of the characters in the old western movies did in showing us how to be honest, compassionate, and loyal to our fellow man/woman!

I have always loved western's, either on the "Big screen" or television and the way they portrayed character in people. Never enjoyed reading that much other wise I would read every book by Larry McMurtry! But the older I get the more I find reading a good western enjoyable.

McMurtry's all time best was "Lonesome Dove", I must of watched it 100 times! One of my favorite scene's is when Capt. Cal, (Woodrow), see's Newt being beat with a quirt by a scout of the U.S. Calvary wanting to "requisition" Dues's horse and says, "I hate rude behavior in a man, I won't tolerate it"! You can watch it here, https://www.youtube.com/watch?v=snxME3CDtvI

John Wayne is of course the greatest western icon of all time. I thought he was the greatest man to ever live, He was bigger than life itself, a man of great character, it was him that I molded my character from as I grew into manhood!

He epitomized rugged masculinity in what I thought men should be like. Even though he was tall and ferocious looking, he was as gentle as a lamb and spoke softly for his grandeur.

He was famous for his "manly" quotes, and one of my favorite one's was from "Big Jake", “Now you understand. Anything goes wrong, anything at all… your fault, my fault, nobody’s fault… it don’t matter…I’m gonna blow your head off. It’s as simple as that.” – Big Jake (1971)

I don't know, maybe I should of lived 150 years ago. All I know is that the way the world is today, makes me angry and I WISH I would of lived back then. We need more people like "The Duke" in this messed up world, men with a backbone to stand up to the morons that are desecrating this great country! It's time someone has the "Balls" to do something right for a change! Tire of being "politically correct!

Thanks for reading and for your time!

Write something…
Recent messages
Trialynn Premium
Sorry you are unhappy, but I think most people find a world they like better than the one they are living in and wish they were there. I know there are times I do also!

Reply Like Like You like this
devoutcowboy Premium
I'm not unhappy Terea, I'm just tired of all the disrespect in the world today. The disrespect and the all the deceit you see everywhere, the television, the internet, magazines, it's everywhere you look! For instance, why do most advertisements you see say it's "free" but when you read the fine print, it cost you! What's up with that BS! Anyway thanks for taking the time to read it Terea!

Reply Like Like You like this
BeckieG Premium
Jim, you've echoed my thoughts exactly! And countless others I talk to on a regular basis. By the way, John Wayne is my favorite actor and Audrey Hepburn my favorite actress. And Lonesome Dove is also one of my favorites. The mini series is by the book word for word. Thanks for posting!

Reply Like Like You like this
devoutcowboy Premium
Sorry it took me 3 days to reply to your comment Beckie. Yea, it's sad what this county has become. I can remember the days not too long ago when there was pride and respect in men and women! Hopefully people will wake up and help us to get back to the basics so to say! Thanks for your comment Beckie! 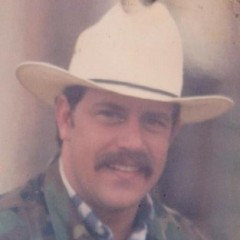