Made my first dollar yesterday through Google Adsense

I'd like to start off with some good news. I've learned how to put up ads on PC Games for Steam. It was only a matter of remembering to put <html> and <head> before and after the ad code itself. If only Wealthy Affiliate had more tutorials on how to make adjustments with Ad sense networks to customize one's site. There are many different ways to do that: Google Ad sense allows you to assess the past performance of your site as the number of impressions and clicks made per day.

Now I don't have nearly enough traffic to pull ranks but I know that if I interact with others on my own time and update my official Facebook, Twitter, and Google+ pages frequently then, I should attract more viewers. Has anyone already made it past the three month mark? Although I almost gave up on my two sites when I went back to China and was frustrated by the lack of progress. But everyone gets writer's block sometimes, it's no reason to quit after all.

Wealthy Affiliate has been a huge help since I've never tried making my own website since 2015 which was only to broadcast my resume during an unsuccessful ongoing job hunt. Though in order to advance beyond the basics, I will need to learn WordPress HTML and CSS coding to create a beautiful website layout that encourages people to stick around, given the average attention span.

It has been a fun ride though. And I'm glad to be here with the rest of the community, on the same page, sharing personal insights into affiliate marketing.

Write something…
Recent messages
TJnow Premium
Hey Wenxi,
in my opinion you will always succeed on the long run.
Focus is very important.


Your domain isn´t available for me at the moment.
All the best.
~Tobias

I realy recommend you try Codecademy if you would like to learn the basics of HTML and CSS because they're really good explainers at code and theres also Udemy, and Code School for paid and extra courses.

Reply Like Like You like this
Dmorrow Premium
When you have been here long enough to do training/tutorials you should do one on this so others might learn. I've been a member since 2015, but I've been inactive for almost a year due to change and disruption in my personal life. I love Wealthy Affiliate and have learned so much here that I never thought I could learn and I would never go anywhere else! 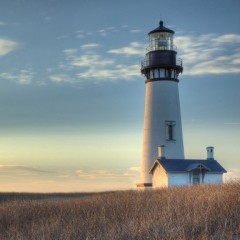