My Battle to Make a Difference

Just want you to know me more.

As you already know by now, My Name is Marvellous Atole, I am 29 years of age and live in a country where most of you must have heard of as one of the most corrupt countries in the world. I have not come to defend my nation here because in truth i know all that they do and i must say it has been a struggle wanting to be different.

I am a graduate of Accounting in the year 2014 from one of the prestigous universities in my country, University of Benin. After my graduation i moved to a different state though it was not new to me because i had visited a couple of times before i finnaly moved there, my dream was to attain the best education i could and become a Proff. Big Dream yea? lol... that was not even where i wanted to stop.

After i relocated i had a little setback in school because the school department of exams and records omitted one of my exam sheet, that took me another one year to rectify, so it slowed my progress down, because i was supposed to have moved to doing my ICAN or ACCA, i was so determined that in my waiting period for my result to be rectified i did want to sit at home, so i tried to get a job or even an Internship in any auditing firm. how i came to wanting to be an auditor?? I choose accounting not because i loved it but because everyone arround me where doing it and it's among the high paying jobs in my country as at 2007/2008.

My dream as at then was to study Petroleum Engineering but was not too good with Physics, and my uncle instead of encourage me, he discouraged me that i could not, and my second choice was to be an Actor, or a Model, of which i actually Modeled for a while but the organisation were not having that burning hunger or desire for the proffession but just after the recognition, fame and money involved which i decided not to be part of after a while, they do dirty things in the entertainment industry in my country and if you try to be different, i am sorry you won't make it.

I i joined the band wagon of becoming an accountant, only if i had new better or had better info about other courses i could read, i got to know about Human Resource Managemt while i was already studying to become an accountant and i would have loved to be a Human Resouce Manager, most schools here didn't have it as a full time course and only few had it as a part time course, i guess i could not just quit my course and swith so i continued my struggle, even when i didn't like the course i was still among the best in it. That is How determined to succeed i was, my mindset was what ever i do or am doing i might as well make it worth it, even if i don't love it.

Over the years as things rolled by and young people started to make money trhough the interent, mostly illegally. I am going to be sincere i wanted to join in, i did it a few times but never made a dime why? i didn't like the idea, my heart never gave me rest, little did i know God had better plans for me as i was struggling, at that point feeding was difficult and my school was on strike for about 6 months + and no job. so when they finally resumed, i went back to school. trust me even some of my family member hated me for not joining in, they would laugh at me and enjoy themselves, that didn't bother me even tho at that time i didn't know where i was headed, i was always asking questions in my heart conversation with God all the time and i was not this regular chirch goer.

so with my little time in Lagos, Nigeria i was helping my brother who was outside the country complete his house hoping by the time i am done, my result would have come out, i would get a job or further my studies here or abroad, all my heart was in traveling overseas for my masters and finding my self in a better community of opportunities....when i was done with this project hmmmmm i was dissapointed, promises that was made were not being fulfilled, and i was aked to go and learn a skill as no one was ready to sponsor me with my carreer even after i had devoted all of my time and focus in helping them reach their own goal, all my brother wanted was to continue to grow himself financially while i find a way to help myself because he didn't like the fact that i did not join my mates in doing the internet stuff they were into even when i told him that was not my path in life, and that i have better and bigger dreams. i went into depression for a long time say few months why?? this was the person all of my hopes were on, he made so many promises but fulfilled none. i wish i knew about the internet business thing then, but i lacked the right information

I picked up myself and i decided to look for something else to do, i went to train as a Fashion designer, that was how i developed my love for fashion and hence creating my new website here for it, my boss was highly un proffesional even though he was skilled, he lacked the right motivation for greatness, i was just an apprentice who was recovering from depression what do i know. i even gave him some money to get me a second hand sewing machine, trust me i lost my money, i could not grow arround him because i wanted more from what ever i was doing at that point, after sometime something super natural happened to me and brought me to the brink of death, uptil date i still can not explain but i thank God i lived.

Recovering from that all my heart was still for education but yet no support, when i recovered i wanted to go back to fashion designing but in a better place that i could learn more and proffesionally even tho that wasn't my passion but i just could not see myself doing nothing and no money for investing in my Fish Farm project, ah i almost forgot that sweet part, i actually did a little pond where i was living, that was my brothers house i completed, i had friends who came to teach me about how to hatch them, grow them from fingerlings and so on, trust me that was one of my most happy time on earth and i still have a burning desire to build a big large farm and not just for fish this time. hahaha

Continuation of the Story. I didn't end up doing the fashion training as i was adviced to go pro with my hair styling skills, lol yeah i did one year practice on that while i was in school, didn't know much just so little, all of these were to find my path in life, but one thing i knew was a burning desire was helping my people AFRICA, i was always in deep thoughts looking of ways i could lend a helping hand, i only could do so much as i was still trying to find myself.

I got appointed as an apprentice in a sallon quite far from me, but i didn't mind the distance and cost, it was a proffessional sallon, and i wanted to be there, they operated in higher standard than most of the ones i knew close to my area, it was tough but i managed, hmmm working there got to make build my confidence in my passion, because i realise to be successful you don't have to join the band wagon, find your Niche and build on it, follow what you know you can do easily and be happy with, something that comes natural to you and ideas will come on how to better yourself, i believe there are millions of ideas in one man, only if he could find the path to that treasure on time. sometimes when we don't surround ourselves with like minds it's hard to grow. they had the skill but did't know how to maintain healthy relationships with their workers, they don't try to employ those who are passionate in that field, they try to keep their old staff because they are easy to manipulate... they are good manipulators but didn't know they were messing with a WILD GEMINI. RUBY AND PERAL GEM MAN.

Not untill recently i started to follow those top names on forbes, and wanted to know how they made it, and gradually emails about online marketting started flooding in, i would do research on some, i would take a blind risk on some, and i met the right one, WEALTHY AFFILIATE. tho i did my research and the reviews i got was undoubteldy accurate, i quited my job not because i was expecting to start making money immediately tho there were other affliate who promised that i could make money in an instant, but the upsells was high for me, i asked my self a few question before i came to the final decision,

DOES THIS CONTRIBUTE TO WHAT I STAND FOR?

AM I READY TO BE BROKE FOR THE NEXT 6 MONTHS OR MORE?

AM I READY TO TAKE THIS AS LIKE MY JOB?

TAKE AWAY THE MONEY IDEA, WOULD YOU STILL BE DOING THIS?

Now Begins my journey to building and a better world and preparing the earth for the next generation as it was promised in the word. it's not going to be easy but with individual efforts we can achieve it.

I an glad to be here, and would do the necesary to remain here, i am very sure we are going to be having one hell of ride... Thank you and i hope you enjoyed a little about me. if you have any comment feel free to share your thought, don't mind my mistakes, mind my message. Bye. I AM MUFASA, CALL ME CAPTAINM AFRICA.
I LOVE YOU ALL THANK YOU, SEE YOU IN THE NEW WORLD.

Write something…
Recent messages
firstlearn Premium
Thank you for sharing, your life so far, with us all. I wish you great luck as you continue on your journey.

Reply Like Like You like this
DarrenNicola Premium
Thanks for sharing your story, you are determined to succeed and as long as you keep that you will do it.
All the best, and thanks again.
Darren :) 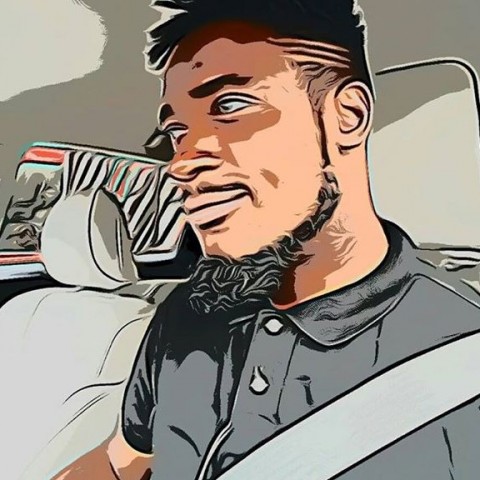