Who's afraid of a big bad ghost ghost?

When I was fresh out of high school I used to work evenings at the Standard filling station in town. When 10:00 pm rolled around I'd close up and then drive up to the courthouse. Two of my friends would meet me there and we would get out of our cars and sit on the court house lawn. Most of the traffic at that time of night consisted of teenagers. We'd wave and yell at the cars as they drove by. They'ed honk and wave and yell at us as they passed. I think we even had a derogatory comment yelled at us a time or two. Once in a while there would be a car load of girls drive by. We'd wave and yell frantically at them but they would just wave, grin, and drive on by. Oh to be young again! About 11:00 one night Richard had an idea. "Hey, lets drive down to that old Robinson bridge. Remember that woman that drove off the bridge and drowned? Maybe Byron could get a picture of her walking across the bridge." Rumors had it that she would walk across that bridge every night at midnight. "Hey that sounds like a great idea!" Running out to my trusty 1939 Chevy coupe, I grabbed my camera. Richard hopped behind the wheel of his trusty Model A Ford coupe, Eugene and I jumped into the rumble seat and away we went. Arriving at the bridge Richard pulled off to the side of the road and shut off the engine. We sat there quietly for a few moments and then Richard started to tell a ghost story. Then I'd tell one and then Eugene would tell on. And then Richard again. Each story got a little bit scarier than the one before. Finally about a quarter till 12:00 Richard spoke up. "You know what guys? i don't think she's going to show up!" I looked at Eugene, "What do you think?" "Hey, it's too dark for you to get a picture anyway. I think we'd better get the H*** out of here!" IT was a mad scramble but the three of us jumped into the model A and got out of there! To this day the three of us still laugh about the time three teenagers got so scared of a ghost that they left without seeing whether there was actually a haunt or not! I wonder if we went back again but with a digital camera if we would have any better luck getting a picture of a ghost?

Write something…
Recent messages
Karyskis Premium
I enjoyed this story. Thank you for sharing. Boo! 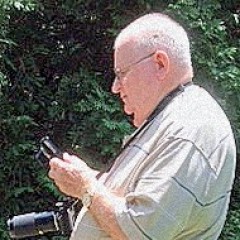