So I've been experimenting with different social media platforms for my site for the past week. I've found some interesting things.

I've never been one to use Google + so maybe that's where the problem is coming in. But I have but just as much effort into it as a few of the other social media platforms. I've gotten no followers and no hits to my site from it. I'm sure it's good for some people, but for me it's just not working.

Surprisingly I have gotten a few twitter followers and even had someone retweet one of my tweets. I'm thinking about putting a bit more effort into twitter to try to get this platform to work better for me.

I'm quite tempted to abandon Facebook completely, but I won't because it has taught me a few things. Of the handful of people that have come to my page from Facebook none have actually liked my Facebook page.

I also have a 100% bounce rate from Facebook hits. This tells me I've got some work to do on my posts to make people want to go view more stuff.

I'm kind of liking Reddit. I've had the 2nd most amount of people come to my site from Reddit. The community can be a bit ruff and gruff though. My bounce rate from these people is around 80% so, again, that tells me I need to work on my posts to get people to want to go see more.

So I didn't really want to go to Tumblr at first but figured I'd try it out. I've found it's just as easy get followers in Tumblr as it is in Pinterest. I found the trick with Tumblr is to reblog a few things that you find pertinent or interesting from other people as well. This has definitely boosted my followers. Of all the social media platforms I have the lowest bounce rate from people who get to my site through Tumblr.

And finally Pinterest. I have had the most traffic from Pinterest so far. The bounce rate is only a little bit higher than those who get there from Tumblr. If Pinterest is a good social media for your niche then it really is something you want to leverage.

Getting followers in Pinterest is really as easy as following other people...which is kind of weird, but hey, whatever works.

Of course there are are many other social media platforms that can be used. For instence I haven't experiemented with You Tube as of yet. That one is probably going to be next.

Since I'm not really ranking with my key words yet I wouldn't have ANY traffic without these social media platforms. So if you're having trouble getting traffic try these things out. It's a quick and easy way to get your website seen by many people.

Edit: I forgot one of the other things I am doing to get traffic. Google Analytics doesn't count it as social media though. Spark People is can be leveraged quite well for people who have weight loss sites. It may take a bit more time than some of the other social sites, but I've found I've gotten quite a few people to my site through the connections I've made on the Spark People boards.

Write something…
Recent messages
arick Premium
Thanks for sharing Brooke!

Reply Like Like You like this
brookeflinn Premium
To the posts on my sites? I do that, not on every post, but on quite a few. The one thing I have not really done is a pure one product "here's a review, now go buy this item" kind of post.

I personally don't like reading those kinds of posts very much, and I feel icky writing them. I'm either going to have to suck it up and put on my big girl panties or find another way to get people to look at the items I am recommending that I have affiliate links to.

Reply Like Like You like this
Beekay Premium
I affiliate link most products I mention, if I can't find a good affiliate link, I link to my review page. & I never tèll people to buy stuff, I just give my overview. I was told that its more easy to sell a $200 product to 1, than $1 prod uct 200x

Reply Like Like You like this
brookeflinn Premium
Yeah that's pretty much what I do. I link to any product I talk about. Either with a good affiliate program or amazon. Still not ranking very high. If it weren't for social media I would not have any visitors.

Really my only "review" page is a comparison review between two products that do almost the exact same thing. I only have about 12 posts though so I'm working on that. 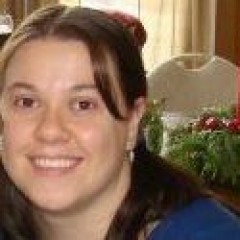